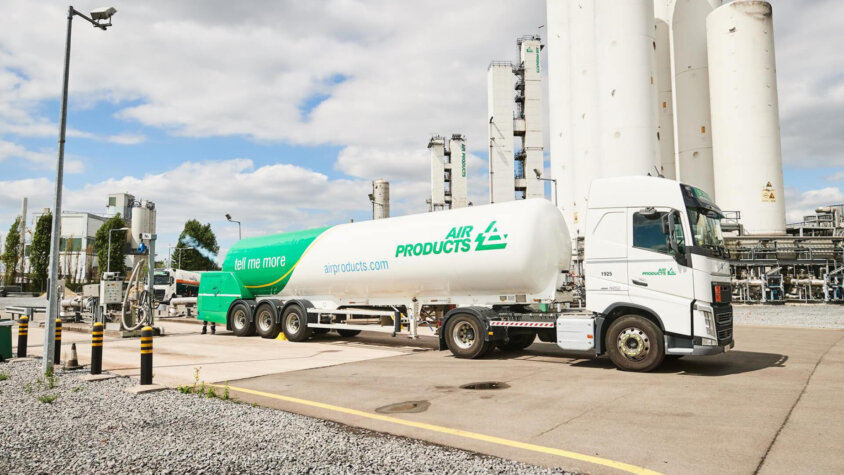 Air Products yesterday (27th Jan) reaffirmed its commitment to hydrogen as it took part in a virtual panel discussion detailing the findings of the Fuel Cell & Hydrogen Energy Association’s (FCHEA) Road Map to a US Hydrogen Economy report.

“We believe world-scale projects, such as the NEOM project, are required to rapidly reduce the cost of green hydrogen and more quickly help the world reduce its carbon footprint,” Eric Guter, Air Products’ Vice-President of Hydrogen for Mobility Solutions said at the event.

Guter’s reference to the NEOM project refers to its partnership with ACWA Power and NEOM, through which they will build a $5bn world-scale green hydrogen-based ammonia production facility powered by renewable energy.

The joint venture project will include the innovative integration of over four gigawatts of renewable power from solar, wind and storage; production of 650 tonnes per day of hydrogen by electrolysis; production of nitrogen by air separation using Air Products’ technology; and the production of 1.2 million tonnes per year of green ammonia.

“At Air Products, we are committed to developing new sources and types of hydrogen to meet increasing market needs. As a leader in hydrogen production for decades, we have the capabilities and know-how to provide the hydrogen needed to eliminate greenhouse gases from hard to abate sectors of the economy,” Guter continued.

In addition to its NEOM project, Air Products has also made significant investments to increase hydrogen production in the US, an example of which is its newest liquid hydrogen plant at its La Porte, Texas industrial gas facility which is scheduled to go on stream this year.

Formally launched in October last year (2020), the Roadmap to a US Hydrogen Economy details how the US can expand its global energy leadership by scaling up activity in the rapidly emerging and evolving hydrogen economy. The report was created by a coalition, comprised of Air Products of 19 other major hydrogen, oil, gas, power, automotive, and fuel cell companies.

NEOM is the flagship project of Saudi Arabia’s post-oil diversification plan, 2030 Vision, and the brand-new region has an ambition to become the world’s largest producer and exporter of green hydrogen, chemicals and fuels through dedicated partnerships and alliances.

Discover more about NEOM in a special feature, NEOM – Making a bold move toward the hydrogen economy, set to be published in H2 View’s February magazine.

Subscribe today to make sure you don’t miss out on this article and others like it – https://www.h2-view.com/subscribe/