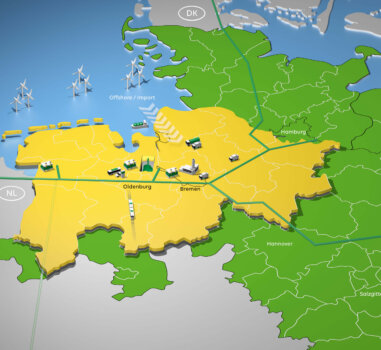 Several of North Germany’s largest industrial companies have partnered together in a $1.5bn project which aims to integrate hydrogen into the northwest German coastline.

Dubbed Clean Hydrogen Coastline, the partners want to integrate a capacity of up to 400MW for electrolysis with corresponding storage for hydrogen to be added to the energy network by 2026.

The project contains companies from across the German hydrogen network chain meaning each will have its own responsibilities ensuring that the hydrogen is successfully incorporated into the area.

EWE CEO Stefan Dohler said, “In northern Germany – the wind power region – we have the best prerequisites for integrating hydrogen as an integral part of the energy system and laying the foundation for a European hydrogen economy.”