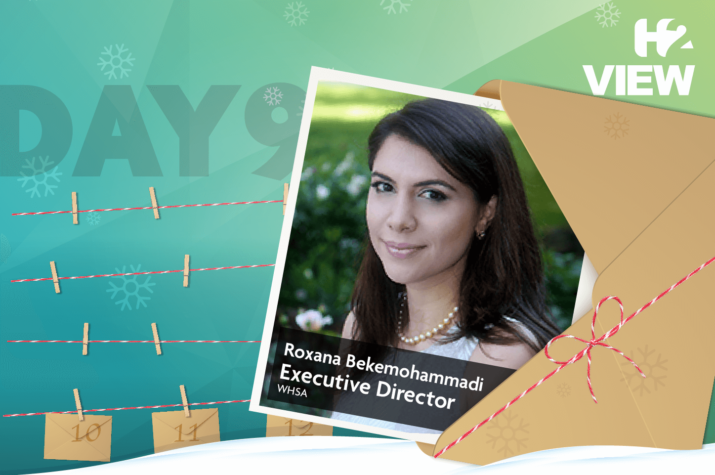 Launched in October, the Western States Hydrogen Alliance (WSHA) is made up of players in the heavy-duty hydrogen and fuel cell market who have joined force to increase the development and deployment of fuel cell electric technology across commercial sectors in 13 Western US states.

With a regional focus on the Western US, the Alliance aims to deploy commercial fuel cell electric vehicles in applications from the Rocky Mountains to the Hawaiian Islands and everywhere in between, focusing first on areas hardest hit by diesel pollution.

To find out more about the Alliance, its groundbreaking launch and plans for 2021, H2 View sat down with Roxana Bekemohammadi, WSHA Executive Director, for the latest instalment of our A Christmas Twist: The 12 Days of Content series.

H2 View (H2V): 2020 will forever be remembered by you as the year the Alliance launched. Can you tell us a little more about this exciting time and the reaction of the launch in October?

Roxana Bekemohammadi (RB): The Alliance has been in the works for at least a couple of years and early in 2020 it became clear that the time was right to go ahead and take decisive action and launch the organisation with our founding members. It’s a very exciting time in our industry as medium- and heavy-duty fuel cell electric vehicles are really ready for prime time and the world is beginning to take notice.

We’ve received an outpouring of support and interest since our official launch. It’s been quite a whirlwind. We’ve had interest from every corner of the country and world in joining the Alliance or collaborating with us as we move forward and have a stack of membership applications still pending review. I would say overall the reaction has been overwhelmingly positive. But, of course, any movement to change the status quo will bring its share of detractors and opponents, they’re out there too but we don’t mind that one bit. To us, it means we’re doing something right.

H2V: Although only launched three months ago, undoubtably you have been busy with plans for a very long time now! Can you tell us a little about what you have been up to in 2020?

RB: We certainly have. There’s been a need for this type of industry coordination for a long time now and it’s been happening in the background, informally, for a good while so while we just launched officially, we’ve been able to really hit the ground running working with state and local governments throughout the west because we had already had a lot of discussions with our partners on what the needs are prior to the launch.

H2V:Aside from the launch of the Alliance and its activities, what would you say was one of the most exciting hydrogen-related moment of 2020?

RB: Wow. Great question. It’s been a rollercoaster of a year in some respects and in some ways, it felt like COVID really derailed a lot of progress that could’ve been made. I think some of the moves Plug Power has made toward vertical integration really is something we haven’t seen in the industry and is a very interesting development that took place throughout the second half of the year.

I think Ballard’s new advanced manufacturing process that’s heavily automated will allow significant cost reductions that will completely change the cost proposition of the technology. Hyundai just made delivery of a fleet of fully commercial fuel cell trucks which is obviously extremely exciting and a significant milestone for environmentally conscious truck fleet owners and environmental regulators.

Plug Power, Ballard, and other fuel cell stocks have skyrocketed in 2020. It’s been a good year overall with a lot of excitements – and a couple notable disappointments – but overall, I think we’re in a good place as an industry going in to 2021 to really push things forward in a meaningful way.

H2V: What do you hope 2021 will bring for the Alliance? Do you have any exciting plans?

RB: We have some very big plans for 2021, to be sure. Unfortunately, the nature of things doesn’t allow me to say too much right now but there will definitely be some major announcements in the next couple of months. I think we’ll see some big moves in the industry from some of the bigger players and some really exciting ones from some of the smaller or newer companies to the space. I think we’ll see some local, state and federal government actions that will be very exciting as well.

WSHA will be working hard to make sure that’s the case and we’ll be making a big push for deployments of heavy-duty and commercial fuel cell vehicles this coming year.

H2V:In your opinion, what is the biggest challenge for hydrogen and fuel cell technologies in the near future, and how would you like to see it being tackled?

RB: I think there’s been a lot of focus on the infrastructure side of things and that’s important but, as we’ve seen on the light-duty side in California, the infrastructure is worthless if it doesn’t have reliable supply of hydrogen and if there’s no vehicle deployments to utilise it. We need to get more hydrogen producers into the market and abolish the quasi-monopoly we see today where end-users are reliant on just a small handful of companies, whose primary business is not hydrogen, to supply them with fuel. I think increasing participation in the production-side of the market and increasing vehicle deployments in the heavy-duty, commercial sectors where large consumption and economies of scale can be achieved will position the industry for success. This a part of the reason WSHA is so focused on commercial vehicle deployments; if you have a critical mass of consumption in an industrial or commercial application, the infrastructure becomes a non-issue. All you need is supply and demand, the market will naturally figure out ways to match the two with each other.

H2V:Finally, in the spirit of the time of year and theme of the series, if you could have one hydrogen related thing for Christmas, what would it be and why?

RB: I commute up and down the West Coast for a lot for work with WSHA and through the Intermountain West as well. I typically take a train or a plane which is just disturbing to me in its carbon profile. I’d like a fuel cell-powered way to travel the Western US by rail or air so I could continue doing this work while lowering my own contribution to global warming. I don’t think Santa will be bringing that to me any time soon, but our partners at WSHA will.

A Christmas Twist: The 12 Days of Content series concludes tomorrow with an exclusive interview with GenH2.