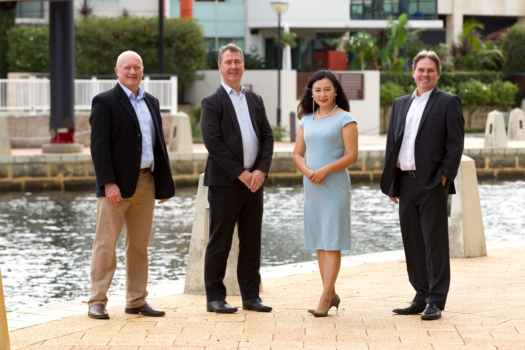 New South Wales in Australia could be transitioned from fossil fuel-based electricity to green hydrogen by 2027 under bold billion-dollar plans unveiled today by Infinite Blue Energy.

The project will commence with a feasibility study and detailed design over the next 18 months, focusing on transitioning away from reliance on coal fired and/or gas fuelled electricity to green hydrogen generated baseload electricity.

“The vision at Infinite Blue Energy (IBE) is to show the world, first and foremost, that Australia has the technology, skills and entrepreneurial mindset to be a true leader in the development of green hydrogen plants,” IBE CEO Stephen Gauld said.

“We are currently in robust negotiations with major electricity users in the New South Wales Hunter Region that have confirmed their intentions to transition to green hydrogen baseload electricity this decade.”

“IBE is negotiating over 1,000MW of electricity currently generated by coal and natural gas to a source of green hydrogen baseload electricity.”

Gauld said another really exciting aspect of Project NEO is the capacity of the renewable generation which will be around 3.5GW of energy delivered from the plan.

“The scale and sheer potential of it is immense. To put things into perspective, that is 2.5 times greater in energy production than the recently-announced project in Western Australia by one of Australia’s largest oil and gas companies – one that’s seeking to have 1.5 gigawatts of new wind and solar capacity in Geraldton. And we are only just at the beginning,” Gauld said.

IBE’s base design of Project NEO is to link sites with high generation efficiencies together into an IBE distributed generation model. This allows the generation sites to blend in with existing land users with minimal impact.

How will it be used

The introduction of additional baseload electricity generation could be used to stabilise the national electricity network and reduce the likelihood of catastrophic collapse.

The green hydrogen can then be used to generate electricity or used as input to other industries.

The production of steel is one identified industry that can use green hydrogen to reduce carbon debt, and green hydrogen can also be used in electronics, glass and fertiliser manufacturing.

This will support existing Australian companies in their efforts to decarbonise and potentially allow new industries and manufacturing to be established across New South Wales.

IBE announced in April it had secured funding to build a $300m green hydrogen plant in Western Australia, which the company said will be a national first.

If you missed the story, read it again here.