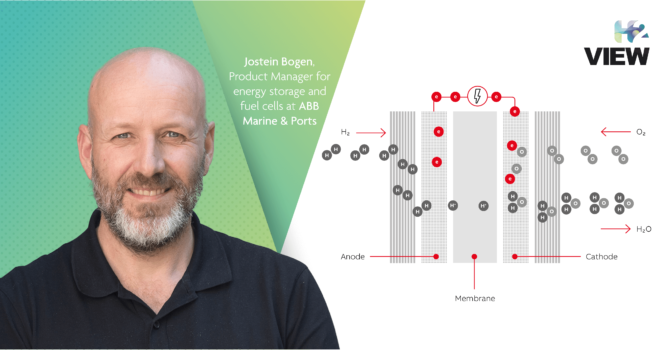 Ballard was quick to congratulate ABB and HDF on the announcement and here in an exclusive with H2 View, ABB sheds more light on the system to be manufactured at HDF’s new facility in Bordeaux, France and the wider movement of scaling up fuel cells for shipping’s greener future.

With its power capacity having grown over the last decade, the fuel cell asserts its position as a viable source of marine energy – and not only as a means of supporting auxiliary energy requirements or powering smaller ships.

According to Jostein Bogen, Product Manager for energy storage and fuel cells at ABB Marine & Ports, the technology is “responsive enough to be used as a general energy source for most loads on electric ships – and can be deployed in combination with other systems to yield additional benefits.”

For example, vessels that operate predominantly on diesel engines could employ fuel cells to boost efficiency and comply with regulations in areas such as fjords and zero-emission ports, he explains. 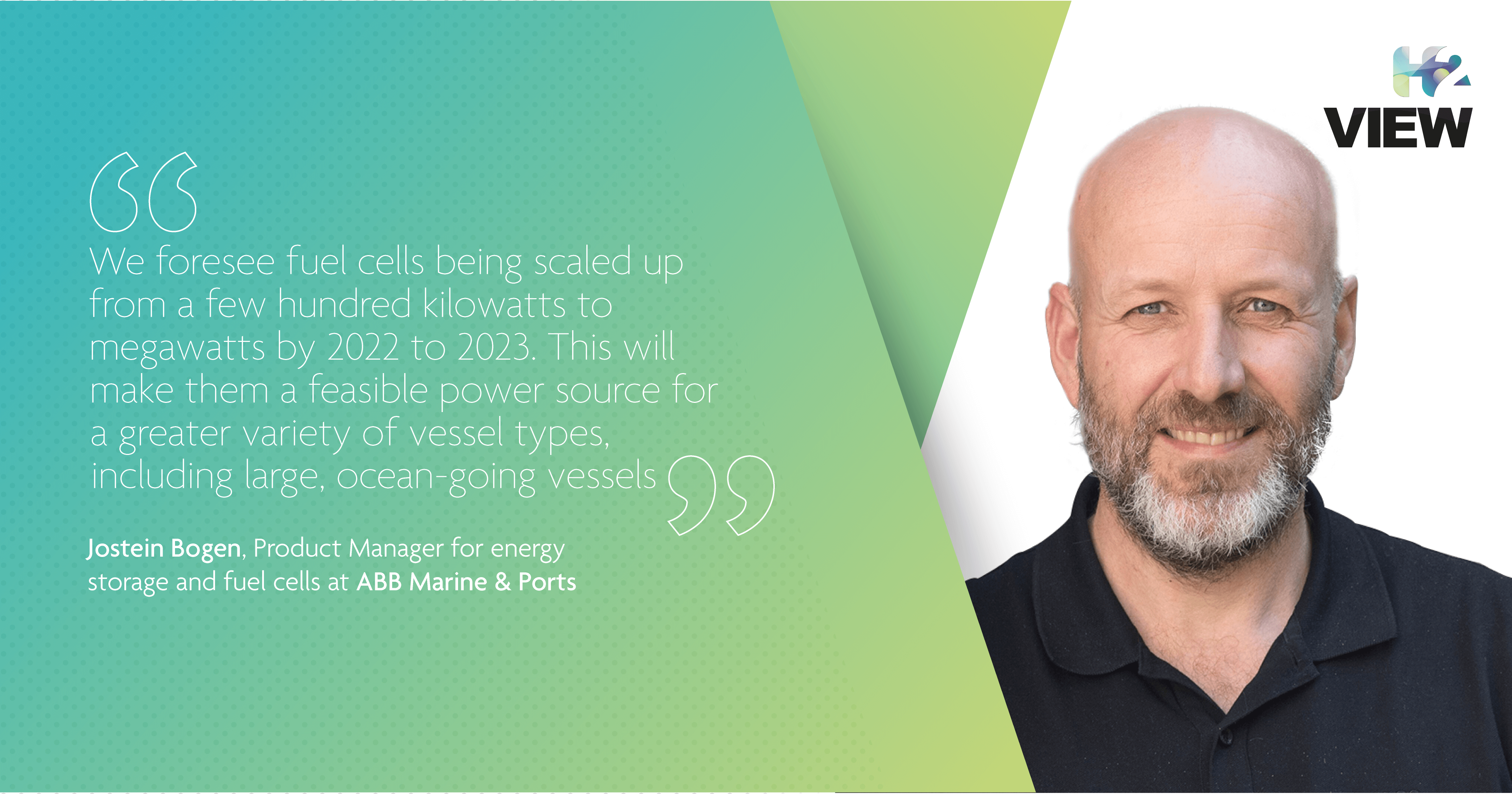 Bogen is confident that the technology is ready for deployment on larger ships. “We foresee fuel cells being scaled up from a few hundred kilowatts to megawatts by 2022 to 2023. This will make them a feasible power source for a greater variety of vessel types, including large, ocean-going vessels.”

‘Scaling-up’ is exactly what ABB and SINTEF intend to facilitate with their joint project at SINTEF Ocean’s R&D laboratory in Trondheim, Norway. In 2019, the facility was reconfigured to test combinations of engines, batteries and fuel cells against different load profiles, which are simulated using ABB and SINTEF software. The objective is to discover how hybrid technologies may provide the main source of propulsion for larger vessels such as cargo and cruise ships.

Bogen explains, “In recent months, we have sought to optimise power plant performance using fuel cells to support base load and batteries to take peak loads. The results so far have been highly promising.”

Together with SINTEF Ocean Laboratory in Trondheim and Norwegian shipyard Fiskerstrand, ABB has been exploring the practicalities of converting a ferry to run on a combination of fuel cells and batteries.

The tests simulate the conditions that the ferry is likely to encounter on a short, high-frequency route, with the aim of evaluating how the hybrid propulsion system responds to intensive, repetitive operations. As part of wider efforts to drive the development of green technologies in the marine industry, the venture is backed by Norwegian research groups and government body Enova.

Out of the lab and into drydock

ABB’s fuel cell technology projects are not limited to the laboratory, however: a number of its solutions are already in development across a range of vessel types. Among these is a zero-emissions fuel cell-based hybrid powertrain system for Finnish research vessel Aranda, part of the EU-funded project ‘MARANDA’. 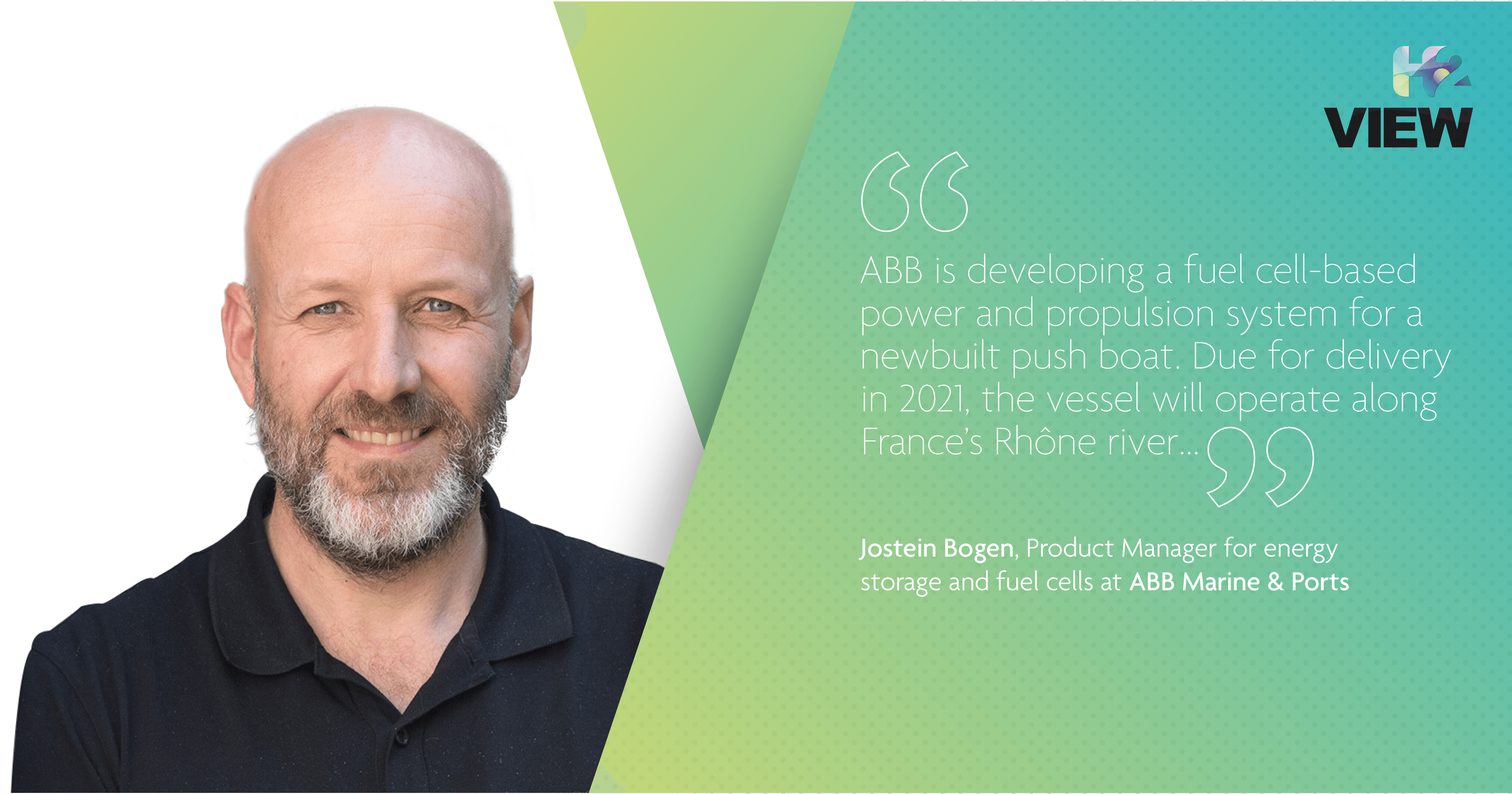 Within the framework of a second EU-backed programme, titled FLAGSHIPS, ABB is developing a fuel cell-based power and propulsion system for a newbuilt push boat. Due for delivery in 2021, the vessel will operate along France’s Rhône river, meaning its environmental impact will need to be minimal. With the hydrogen for the 400-kilowatt fuel cell sourced from shore-based renewables, the entire energy chain will be emissions-free.

Looking even further ahead, growing demand for responsible shipping is the driving force behind ABB’s research into fuel cell technology – so it is crucial that the hydrogen powering the cell is sourced sustainably, Bogen says.

“There is increasing investment in the production of green hydrogen based on electrolysis, and oil and gas companies are reforming hydrogen from gas with carbon capture to yield low-emissions ‘blue’ hydrogen,” he explains.

Encouraged by developments in sustainable hydrogen sourcing, Bogen indicates that it is not the only energy carrier worth considering. “Although hydrogen is generally preferred because of its greater efficiency, ammonia’s and methanol with higher volumetric energy density makes it a good choice for deep-sea shipping. Going forward, I think we will see companies using a mix of energy carriers depending on their needs.”

Bogen is equally open-minded when it comes to fuel cell type. ABB’s focus is currently on low-temperature polymer electrolyte membrane (LT-PEM) fuel cells, because, as Bogen explains, “they are the most commercially viable and work well in marine applications.” However, he is open to investigating other options as well.

“We are concentrating on LT-PEM for now, but we are not limiting ourselves to it,” he says.

In closing, he adds that it is only matter of time before the many advantages of fuel cell technology are within the grasp of the entire maritime sector. “Fuel cells are being produced at a larger scale, their cost is coming down, and they are becoming more compact. This is a technology that is progressing rapidly, and it will soon be helping the industry as a whole to meet its targets for CO2 reduction.”

ABB to supply technology to HYBRIT