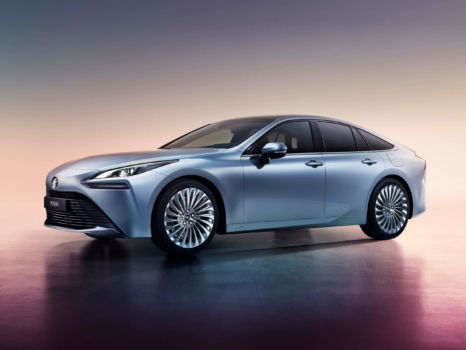 Scheduled for launch in later this year, initially in Japan, North America and Europe, the new Mirai is hoped to showcase a 30% increase in the first-generation Mirai’s driving range through improvements to the fuel cell system and the use of larger on-board hydrogen tanks.

The new model will feature three tanks – one long, two short – which will increase the vehicle’s fuel capacity by around one kilogram of hydrogen compared to the current model.

“We have pursued the goal of making a car that customers will feel that want to drive all time, a car that has an emotional and attractive design and the kind of dynamic and responsive performance that can bring a smile to the drivers face,” said Yoshikazu Tanaka, Chief Engineer of the new Mirai.