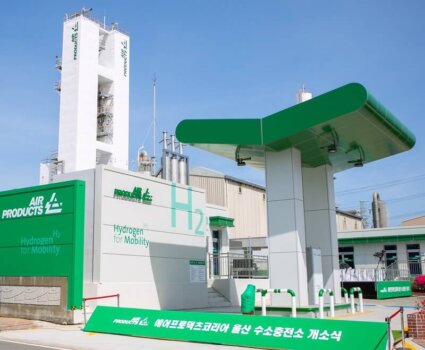 Air Products has today (7th April) opened a new hydrogen station in South Korea – the first station to be built and operated by the private sector in Ulsan City under the South Korean Government’s subsidy programme.

Built with the US industrial gas giant’s state-of-the-art hydrogen fuelling technology, the station is part of Air Product’s ongoing commitment to Ulsan City, which houses the country’s hydrogen industry hub and is one of the three pilot cities in the national hydrogen economy roadmap.

Ulsan, the country’s largest hydrogen production and distribution city, has been designated as a Free Trade Zone for hydrogen mobility development.

It was the first city to operate hydrogen buses and taxis and has established itself as the centre of hydrogen fuel cell vehicles.