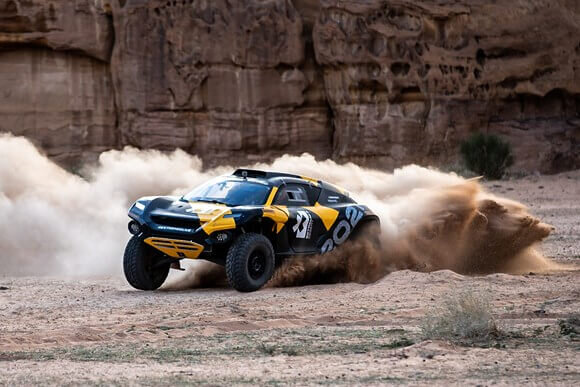 The first of Extreme E’s five-race global voyage that will span four continents will take place at the breathtaking destination of AlUla, Saudi Arabia.

“We chose to organise our first ever race in AlUla, with the aim to shed light on the threats presented by desertification,” said Alejandro Agag, founder and CEO of Extreme E.

“The magnificent sand dunes and breathtaking views of AlUla will represent the perfect backdrop to showcase the exploits of the innovative engineering masterpieces and the world-class driving capabilities taking part in the competition.”

Read more: Everything we know about AFC Energy’s involvement in Extreme E

The upcoming race in AlUla will be Extreme E’s first ever outing after years in the planning and will feature big name drivers including the likes of Jenson Button and Carlos Sainz amongst its field of world-class male and female competitors.

The leading objective of Extreme E is to highlight the climate change challenges faced by different ecosystems around the world, whilst showcasing the performance of all-electric SUVs in extreme conditions.

The Desert X Prix, AlUla, gets underway on Saturday (3rd April) with the qualification rounds, and the final plays out 24 hours later.

Extreme E X Prixs are not open to fans to attend in person, but qualifications will be shown live on the Extreme E website, with the live finals aired on variety of broadcasters including ITV, BBC, BT Sport and Sky Sports in the UK, FOX Sports in the US and Eurosport across Europe.

“Following the success of Formula E, I wanted to take our electric mission one step further and highlight the climate emergency – one of the biggest challenges the world is facing – through an exciting new motorsport,” Agag exclusively explained to H2 View.

If you missed our exclusive interview with Agag, read it again here.