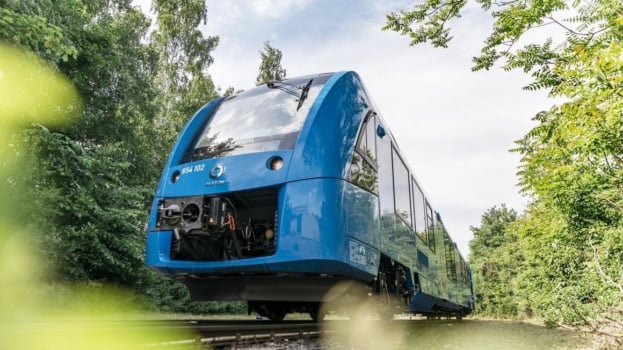 When French train manufacturer Alstom first presented its Coradia iLint hydrogen train concept in 2016, it was a world first.

Hurtling along at a maximum of 140km/h, the Coradia iLint is the first low-floor passenger train worldwide that is powered by a hydrogen fuel cell, which produces electrical power for traction. Two years later, in 2018, the Coradia iLint entered into commercial service in Germany.

Read more: Alstom to test hydrogen train in the Netherlands