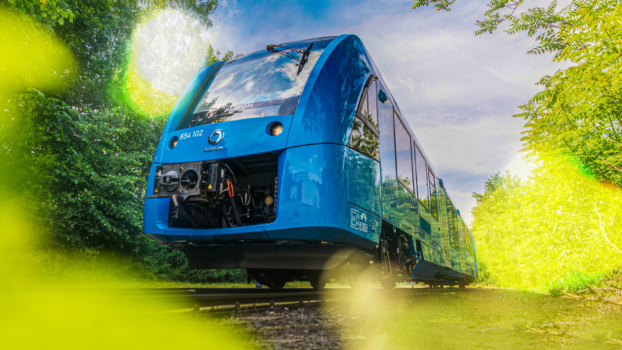 When French train manufacturer Alstom rolled out its noiseless, zero emission, hydrogen-powered Coradia iLint in 2016, it was a world first. Hurtling along at a maximum of 140km/h, the Coradia iLint is the first passenger train worldwide that is powered by a hydrogen fuel cell, which produces electrical power for traction.

Four years later, and the first two, pre-series Coradia iLints have been running in passenger service between Buxtehude and Cuxhaven in Lower Saxony, Germany since September 2018. When this planned operational trial finishes at the end of February 2020, these trains will undergo routine maintenance before their next, short deployment in the Netherlands. Later in the spring, the trains will move on to other European destinations for further demonstrations and trial operations.

The first two fleet deployments for the Coradia iLint will be in Germany in 2021. German transport authority LNVG has ordered 14 trains to replace the diesel fleet operating the same service in Lower Saxony that the pre-series trains have operated for the last 16 months.

The second fleet of 27 trains has been ordered by the state of Hessen and will enter service near Frankfurt in 2022. “Since the Coradia iLint’s exhibition debut in 2016, global interest in hydrogen trains has been almost overwhelming,” Mike Muldoon, Head of Business Development at Alstom UK & Ireland, told H2 View.