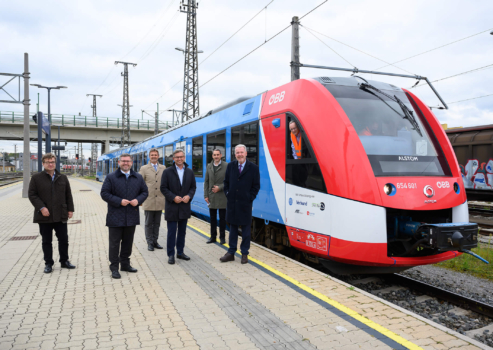 Earlier this month the Alstom train completed trials which were deemed a success. The train was tested with the Province of Groningen operator Arriva, the Dutch railway infrastructure manager ProRail and the energy company Engie.

Explaining the goals of the test run, State Councilor Ludwig Schleritzko, said, “After using the ‘Cityjet eco’, the battery-powered train from ÖBB, we have the chance to be at the top of another test of modern traffic technology in Lower Austria.”

“It’s about finding out more about the technology, operation and economic aspects of the vehicle. If the test is positive, there could also be exciting alternatives for use on the non-electrified rail network. After all, 25% of the ÖBB routes in Lower Austria are currently still diesel routes. The potential for improving the carbon footprint is still high.”