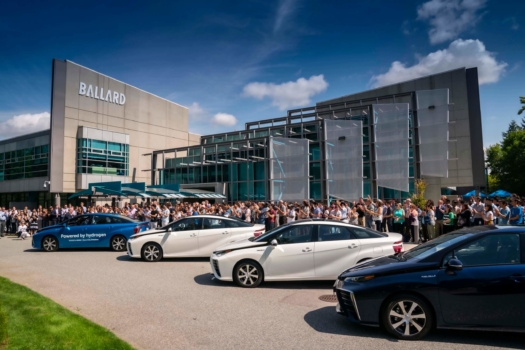 Ballard Power: The opportunity to decarbonise gets us fired up every morning

When Ballard Power Systems announced the company’s second quarter financial results back in August, President and CEO Randy MacEwen described how “there are clear signals that the hydrogen and fuel cell industry is at an exciting stage in its evolution.”

Whilst that might appear an obvious statement to many, if any company is well positioned to make such observations it is Ballard. A leading global designer and manufacturer of zero-emission fuel cell engines for heavy-duty mobility, Ballard has been the gold standard for fuel cell technology leadership and performance for many years and was also one of the first members of the Hydrogen Council, no less.

The company was born out of the vision of the late Geoffrey Ballard 40 years ago, co-founder and one of first wave of visionaries to recognise that green hydrogen held the key to decarbonisation. “Even among the giants, I would argue that Geoffrey Ballard shone brightly,” affirms MacEwen in an exclusive interview with H2 View. “He, too, recognised that it was green hydrogen that held the key to decarbonisation. He also recognised the need for a zero-emission technology that converted green hydrogen into usable electricity. His vision was to develop and commercialise the world’s leading fuel cell technology for motive and stationary power applications.”

“He dreamed of buses, trucks, trains, submarines and passenger cars all powered by hydrogen fuel cells. Indeed, under his leadership, Ballard delivered the world’s first fuel cell bus. We are still true to Geoff’s vision as we deliver fuel cell power for a sustainable planet. Since that time, Ballard has been the gold standard for fuel cell technology leadership and performance, including durability, reliability and power density. Our dream has remained unchanged – Power to Change the World™.”