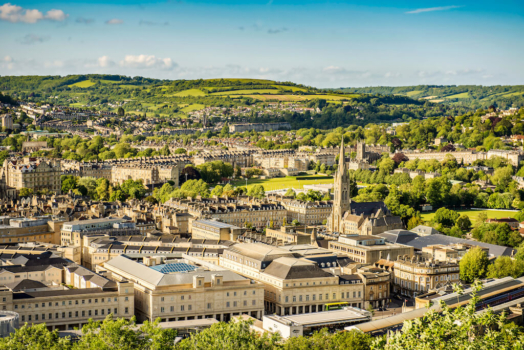 Somerset’s largest city Bath is looking into the possibility of operating hydrogen-powered trams with no overhead wires as a zero emission transportation offering.

Bath Area Trams Association (BATA) announced last week that it is in detailed discussions with US transportation system manufacturer TIG/m and consultants TenBroeke Engineering for the project.

TIG/m has already installed such systems globally and has received positive feedback. For the Bath project, TIG/m would carry out the full turnkey design, install, build and then operate the system.

11 lines in the city have already been surveyed by BATA and a further study found that at least four of those lines would be viable for the hydrogen tram infrastructure.

David Andrews, Chair of BATA, said that the wire-free tram system could be ideal for Bath. He also said that the hydrogen fuel means that the vehicles will emit zero pollution and will not create deadly rubber tyre dust microparticles.

BATA has estimated that a kilometre of the track could cost approximately £7m, compared to conventional heavy trams which typically costs approximately £25m per kilometre.

Sherman Havens Director and Founder of TenBroeke Engineering said that the system could be implemented in three years from receipt of permissions due to the streamlined procurement process and one-stop supplier.

Brad Read, President of TIG/m, added, “The primary source of energy for the tram is batteries which are charged for four hours per night during daily maintenance at the base station.”

“The hydrogen fuel cell is an auxiliary generator which adds energy to the battery system while in passenger service if needed during times of peak loading.”

“We prefer hydrogen used in a fuel cell as it is the cleanest fuel. Our hydrogen is generated through electrolysis of water by our proprietary systems using off peak power back at the tram shed.”