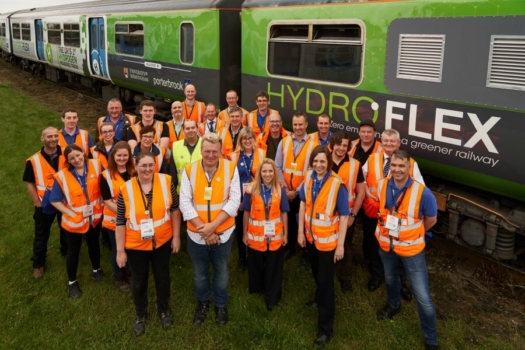 BCRRE recognised for its HydroFlex work

The Birmingham Centre for Railway Research and Education (BCRRE) at the University of Birmingham has been recognised in the Guardian University Awards 2020 for its work in the UK’s first hydrogen powered train, HydroFLEX.

The HydroFLEX pilot, a partnership between BCRRE and railway stock leasing company Porterbrook, involves the fitment of a hydrogen powerpack to an existing Class 319 train, which would eventually allow it to run on conventional electrified routes as well as independently.

It is the world’s first retro-fitted hydrogen train and the UK’s first train powered this way.

HydroFLEX rose from a student-led project into a narrow-gauge hydrogen-powered locomotive which sits wholly within the UK’s decarbonisation goals.