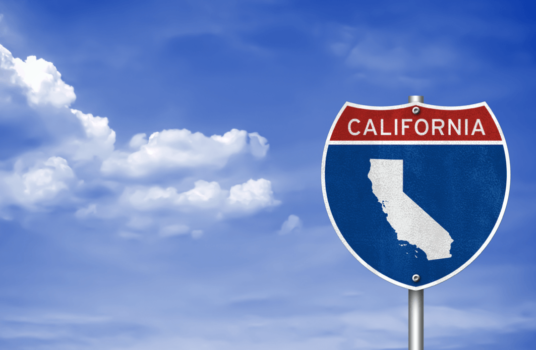 The possibility of a future hydrogen station in Las Vegas was discussed during a California Fuel Cell Partnership (CaFCP) webinar this week.

The industry/government collaboration, comprised of more than 40 members who together work to expand the market for fuel cell electric vehicles (FCEVs), updated on California’s hydrogen station network on Tuesday where conversation turned to potential plans to open a station between Los Angeles and Las Vegas.

“In 2019, our OEM partners, or automakers for short, developed a list of priority stations and priority target locations,” Dave Park, who works on hydrogen fuelling infrastructure for the CaFCP, said.

“Specifically, they identified some key routes where development would be beneficial, and the last one is establishing additional early market and connector stations to enable the US 15 corridor, coordinated with a Las Vegas station, as a destination to enable a future market.”

“Barstow and Victorville are along that corridor, and these locations are identified in the priority station list.”

“It’s possible that those locations will be awarded grant funds in this upcoming GFO announcement.”

Keith Malone, who works in Public Affairs for the CaFCP, added, “Within that is the expectation that those stations or station along the 15 will be funded in tandem with the development of a Las Vegas station.”

“And to build on that, we know for Las Vegas the transit agency serving the Las Vegas area is requiring two fuel cell buses and a station will be built there.”

“This is highly speculative, it is possible. Some think we might see a dual station like we see up in Emeryville for fuelling of buses on one side of the wall and light duty vehicles on the other.”

“100 by 2020 is our first milestone and that’s already been funded by Assembly Bill 8. These stations focus exclusively on light-duty vehicles,” he said.

“The next milestone is 200 stations by 2025 and that was set by former governor Jerry Brown in the 2018 ZEV infrastructure proposal. That also focuses on light-duty stations as well.”

“In 2018, our members put together this vision for 2030 and while it didn’t include a lot of numbers, the key number that came out of it was 1,000 stations serving upwards of one million cars, buses and trucks.”

“In the background, our members are working on ways that we can develop policies and mechanisms for achieving that goal and setting the policy foundation, just like we’ve done in the past with wind and solar.”

There are currently 8,475 FCEVs that have been sold and leased in the US, and Park said the majority of these are in California.

“Those vehicles are supported by 42 hydrogen fuelling stations in California and there are now 48 fuel cell buses in operation and an emerging fuel cell shuttle bus market,” Park said.

To keep up with the growing number of vehicles, what the CaFCP said it is also seeing are next generation hydrogen fuelling stations.

“This is a four fuelling position station that can fill up to three vehicles simultaneously. It has a 1,200kg hydrogen storage capacity and we see this as the future trend towards larger stations supplied by liquid hydrogen.”

“We do see customers will benefit from these developments in station technology in the form of lower cost, higher capacity and more convenient fuelling.”

Six stations across the state are now in the commissioning process and the CaFCP anticipates they will open by the end of 2020.

Unfortunately, some stations don’t make it through the developmental process, and the CaFCP has removed two stations from its station map – Burbank and Santa Clarita.

“With the Burbank station, to be very honest, it’s an unfortunate situation. There are multiple factors affecting that location including the current Covid-19 pandemic,” Park explained.

“On the technical side, the developer is having difficulty getting to California to provide some technical service to that station, but then on top of that the developer was unable to financially support the station because the developmental timeline went so long.”

“There’s been a great deal of conversation among our members to try to get that station up and running and the city of Burbank has been engaged.

“Unfortunately, we don’t see a clear path for that station to open and rather than provide a false sense to the public that this station will be open, without a specific schedule for opening the station, it was decided that the preference would be to remove that station from the map to avoid miscommunicating.”

“For the Santa Clarita station,” CaFCP’s Ben Xiong said, “Air Products was working to get that site up and running, but unfortunately the gas station owner decided to discontinue the lease, and so because of that the site is not moving forward.”

The webinar also highlighted that GO-Biz (the California Governor’s Office of Business and Economic Development) is updating its Hydrogen Station Permitting Guidebook, set to be released this year.

The purpose of the guidebook is to provide helpful information to local and regional governments, community leaders, businesses and residents in the process planning, permitting and opening a hydrogen fueling station.

“It’s an update to the 2015 edition of the guidebook. The guidebook is a very useful and practical tool for the developmental process which is meant to assist all stakeholders in the hydrogen station value chain,” Park explained.

“One of the real key benefits of this guidebook is it accelerates the developmental time of stations and we’re seeing that time compress into shorter and shorter time periods.”

“The first hydrogen stations were developed in four years, now we’re seeing stations being developed in 18 months to two years and I believe the record right now is 15 months from start to finish.”