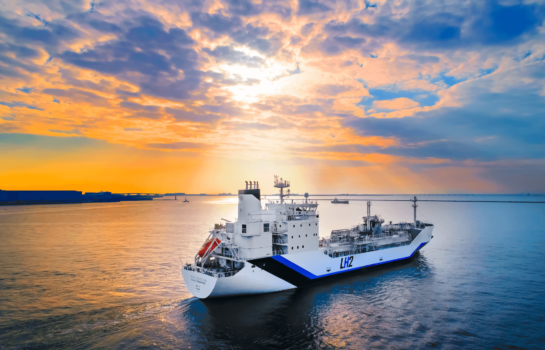 If asked about who Kawasaki is or what Kawasaki does, many would probably first think about the company’s historically recognised motorcycles that have been on roads all over the world for over 120 years and continue to do so today. But the company is also making moves in the hydrogen space – and big ones at that.

Throughout its 120-year history, the Japanese multinational corporation has manufactured some of the world’s most innovative products in wide-ranging fields, all of which has been made possible with its approximately 100 group companies in Japan and overseas.

All of these group companies fall under the Kawasaki Heavy Industries name. Together, they allow Kawasaki to offer a broad range of technologies for energy and transport equipment, including ships, aircraft, rolling stocks, distributed power generation systems, precision machines and industrial robots.

Today, hydrogen is also taking a leading role in this offering and Kawasaki is really honing in on the industry as it looks to make a real difference and support the world’s decarbonisation journey. Kawasaki’s passion for hydrogen could be seen as a new venture by many, however, the company has held long-standing relations with the energy carrier and its benefits to a number of industries.