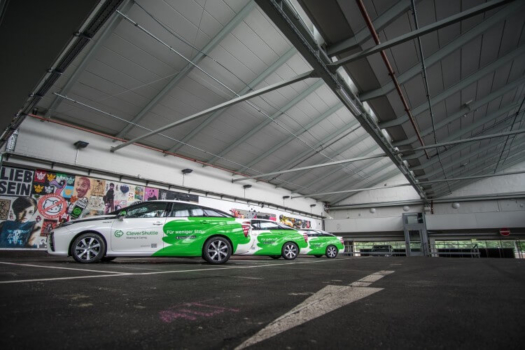 In two and half years, CleverShuttle has travelled the distance from Earth to the moon and back six and a half times with its fleet, making it the world’s most used Toyota Mirai fleet.

The cooperation started in September 2017 with initially 20 Toyota Mirai’s in Hamburg and the fleet was expanded to up to 45 vehicles at several German locations.

Throughout this period, no repairs or parts changes were needed, apart from regular maintenance.