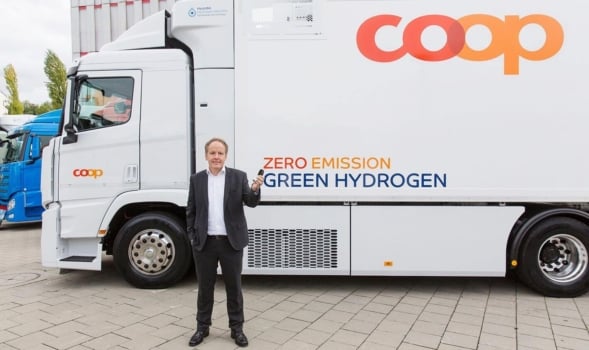 With just one truck, Coop said it is saving around 80 tonnes of CO2 per year, and it plans to put seven in operation by the end of 2020.

Coop will use this truck, and a further six planned to arrive by the end of the year, to deliver to sales outlets.

In 2008, Coop set itself the goal of being CO2-neutral by 2023. To achieve this goal, Coop is doing pioneering work in the field of hydrogen mobility because the company is convinced that hydrogen has great potential as an energy carrier.

With this new hydrogen truck, Coop is focusing on a sustainable form of electromobility.