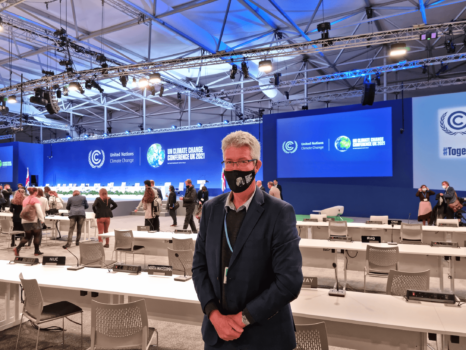 COP26: It’s about more than combatting climate change; for some the promise of hydrogen is the promise of an economic future of their youth, writes Matthew Hingerty

COP26 week two, and it has been interesting to observe the subtle difference in perspective, on the role of hydrogen, emerge between the developed and the developing world.

For the developed world, much of the narrative about hydrogen has revolved around supply-side issues. The origins of the hydrogen (blue, brown, grey, or green), its cost, its transportation, its storage, the costs and type of electrolysis, its deployment – to blend it, burn it or to use emerging technologies such as HERO® – occupy all manner of debate and conversation. Everybody in the developed world, it would seem, is fixated on production and export, and the infrastructure to support this such as ports and pipes.

Not that there is anything wrong with this – they are important issues. However, when the debate turns to the use case for hydrogen, the discussions become surprisingly vague. “Green steel” tops the charts and the ambiguous “feed stock for the chemical industry” or the even more vague “hard to abate sectors.” Beyond the mobility sector uses, there might be a small discussion about hydrogen for energy via blending in gas peakers, but that pretty much has been it.

Not so with the developing world. I have been nearly knocked off my stand by representatives from developing countries who are laser-focused on the use case for hydrogen.