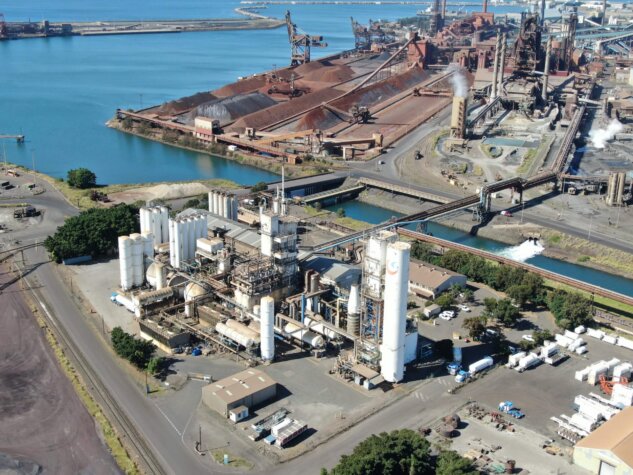 Coregas has today (19th March) announced it is set to provide a huge boost to the Australian industrial sector after receiving government investment support to develop the nation’s first hydrogen refueller for heavy transport.

The facility is to be developed in New South Wales’ Port Kembla, an industrial port situated near the city of Wollongong, that has previously been identified by NSW Environment Minister Matt Kean as a critical site for a hydrogen hub.

Coregas, the largest Australian-owned gas company, said this will enable the deployment of Australia’s first prime mover fleet of hydrogen-powered vehicles to kickstart a transformation of the region’s transport environmental footprint.

This new facility will assist the introduction of zero emission hydrogen fuel cell trucks in the Illawarra-Shoalhaven region for the very first time.

Alan Watkins, Coregas Executive General Manager, said, “We believe this project is a gamechanger for Australia and forms part of Coregas’ commitment to develop the Australian hydrogen sector complementing our work on the Hydrogen Energy Supply Chain (HESC) project.”

“This will create a liquid hydrogen supply chain between Australia and Japan and our many years of supporting the hydrogen fuel needs of automotive companies, including Hyundai Australia.”

The hydrogen mobility facility could be fully operational by late 2021 and will demonstrate the capability of using fuel cell vehicles to Australian fleets as a means of decarbonising the transport sector whilst also showcasing the technology’s potential.

This could provide a platform for the NSW Government to further capitalise upon the emerging global marketplace for hydrogen and could be looking for further initiatives to introduce hydrogen to the region with the refuelling station helping to build specialised skills.

The refuelling station is believed to support the readiness of the region to facilitate the economically significant opportunity which is allegedly primed to be an epicentre of the emerging hydrogen sector.

The company is additionally exploring opportunities for renewable hydrogen sources for future use in hopes to further reduce its environmental footprint.