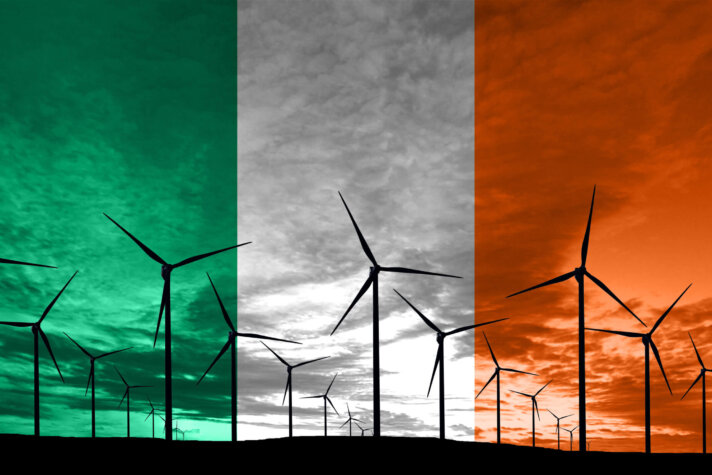 dCarbonX at the forefront of Ireland’s burgeoning hydrogen economy

Ireland is a nation with vast untapped renewable potential, and not just in terms of wind power but also with hydrogen. In fact, the requisites to produce mass scale green hydrogen could see Ireland as one of the prime locations in the world to create the green fuel source of tomorrow.

Several groups have recognised these unique conditions that the island provides and have turned their attention to the growing lucrative green hydrogen economy taking the world by storm.

One company set to be at the forefront of the Ireland’s hydrogen value chain is dCarbonX, an innovative group that provides subsurface storage assets to help drive the clean energy transition.

H2 View spoke exclusively with the three founding members of the innovative company, John O’Sullivan, Tony O’Reilly and Angus McCoss – whom all met during their time at Providence Resources.

Primarily involved in promoting a renewable energy transition, hydrogen has been identified by the group as an increasingly important green energy source and is one green fuel source that holds vast amounts of potential in decarbonisation efforts.

Recently, dCarbonX revealed its new collaboration with ESB that will provide offshore green hydrogen subsurface storage for energy converted from wind farms. The project is seen as a way to utilise the excess power generated from wind to convert into green hydrogen, allowing for the green fuel to be utilised when natural wind power is low.

Tony O’Reilly, CEO of dCarbonX, highlighted the unique market of hydrogen, “We’re noticing in hydrogen, in particular green hydrogen, in the last couple of months it seems to be accelerating. That’s great because obviously the more investment and involvement there is, technical solutions costs come down as a result.”

In fact, the group have already established plans to build a portfolio of subsurface assets that, cumulatively, will be capable of storing 11TWh of hydrogen-rich energy. This could prove to be crucial to decarbonisation efforts for the region. In having capable, zero-emission energy available for when the grid demands it, the subsurface assets will support the grid by implementing hydrogen-based energy into it.

With this in mind, clearly hydrogen has a strong future for both the Irish and European economies.

When about asked about whether hydrogen would have a big part on the economies of both regions, Tony O’Reilly told H2 View, “In a big way.” The casual assurance of this answer reflects the confidence that dCarbonX has in the zero-emission technology and how key it is to future decarbonisation efforts.

O’Reilly also highlights how the decreasing cost in electrolyser technology will help enable a greener economy.

“The cost of electrolyser is expected to be coming down by the end of the decade with it, I think, set to be about a fifth of where they are today.

“Once money is reallocated from other industries and they have a focus, I think the focus is going to be greener hydrogen; it’s going to have a transformative impact at driving the costs down and that means they’ll be more take up.

As well as this, potential Irish exports from Ireland have been identified. Once the transition to greener energy solutions has been shored up, Europe will be the next major location to receive support in this transition.

Clearly Ireland has massive potential to not only decarbonise its own island but could also play a huge role in supporting the green energy shift in the whole of Europe with its high export potential. The key to this renewable energy capacity is the North Atlantic wind off the west coast of Ireland.

John O’Sullivan, Chief Operating Officer of dCarbonX, said a key factor in the transition to renewable energy in Europe will be the increased development of wind farms to power electrolysers. This means that energy storage will be play a huge role in the hydrogen economies future and, without proper storage capabilities in place, the nations could lose vast amounts of money in renewable energy that could alternatively be used to create hydrogen.

“If we’re going to go for a hydrogen economy, we’re going to need to store vast amounts of hydrogen and the only sensible way of doing that is through subsurface storage.”

O’Sullivan said, “If you’re purely reliant on weather and climate-based power you need to have storage resilience and you need to have it available rapidly. That’s where we think we’re making the difference and that’s why we’re seeing a lot of interest in what we’re doing.”

Angus McCoss, Chief Technology Officer of dCarbonX, referenced how hydrogen has become “greener and greener with an incredible momentum” in recent years and sees this as a growing opportunity for the group and Irish hydrogen economy.

“All the green tech is moving in favour of green hydrogen and that can be generated by the wind, and it needs to be balanced. This is why we need subsurface storage,” he told H2 View.

“If we’re going to go for a hydrogen economy, we’re going to need to store vast amounts of hydrogen and the only sensible way of doing that is through subsurface storage.”

Not only is the subsurface storage solution useful for energy storage and injecting into the grid, but the stored hydrogen can also be utilised to produce green ammonia, another aspect of the hydrogen economy that is rapidly expanding. If this market continues to expand, in theory the subsurface hydrogen storage could be used to promote ammonia applications currently plying its trade in maritime shipping.

In collaboration with ESB, the subsurface storage units will be situated near the offshore wind farm clusters and will support existing infrastructure in the region.

One site, in Dublin, will see dCarbonX cooperate with groups to develop the green hydrogen storage solution to ensure that the green fuel is available to be used in the power industry as well as hard to abate areas of industry such as transportation.