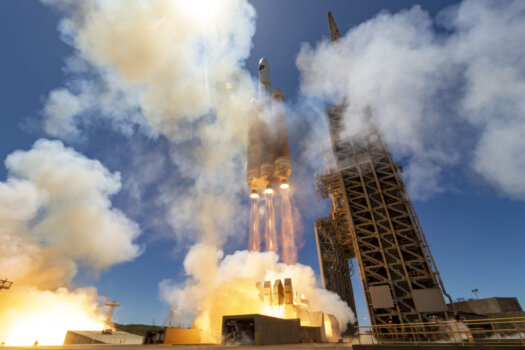 The Delta IV rocket, carrying the NROL-82 mission for the National Reconnaissance Office (NRO), launched from the California, US Space Launch Complex-6 on the 26th of April at 1:47pm.

The rocket comprised of three common core boosters powered by an Aerojet Rocketdyne (AR) RS-68A liquid hydrogen/liquid oxygen engine producing a combined total of more than 2.1 million pounds of thrust in stage one of the launch.

The second stage was powered by an AR RL10B-2 liquid hydrogen/liquid oxygen engine.