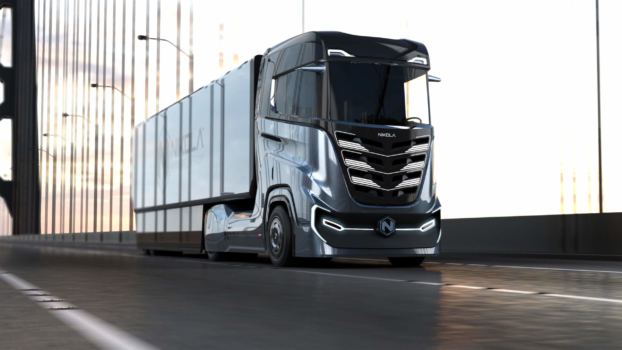 Amidst the stillness of the Arizona desert, Nikola Motor Company has been spearheading what it believes is the future of freight transportation.

This Arizona based start-up manufacturer of hydrogen-powered Class 8 Semi trucks has taken in more than $14bn in pre-order reservations for its vehicles, while its investors also continue to queue up to join its transport technology revolution.

Nikola and its CEO Trevor Milton have a unique angle to compete with Elon Musk, founder of California electric vehicle maker Tesla, to decarbonise road transport. Musk has been a detractor of hydrogen energy for zero emission road transport and Tesla has its own electric trucks with production reportedly planned for next year.

While Tesla and light-duty battery electric vehicles (BEVs) are ahead of hydrogen fuel cell vehicles (FCEVs) in units on the road and, arguably, in terms of public perception, Nikola is reporting promising numbers and interest in its Nikola One and Nikola Two vehicles, which have a range of 600 miles (1000km) depending upon driving conditions, and a 15-minute refill time. Nikola has existing orders with some of the largest conglomerates in the world to bring the fuel cell truck to market. To name a few, Ryder, US Express have signed up for large orders of trucks and hydrogen for their. Take beverage giant Anheuser-Busch as a prime example. Last year the company ordered 800 hydrogen-powered semi-trucks from Nikola and as this issue of H2 View was going to press, the company had just completed its first ever zero emission beer delivery with Nikola and BYD Motors, LLC – a milestone as described as ‘amazing’ by Nikola Executive Vice-President Jesse Schneider.