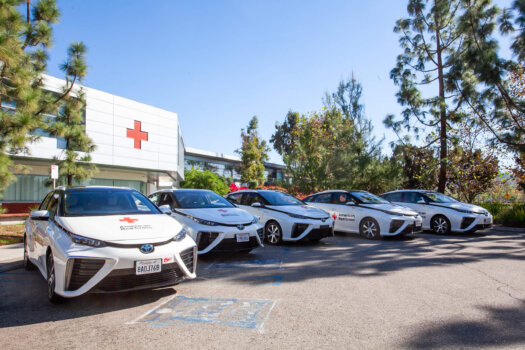 Educating California and the world on the benefits of hydrogen-powered transportation, Energy Independence Now tells H2 View how its vital work pivoted during Covid-19

It’s not just which designer they are wearing that Hollywood’s elite are judged on when they arrive at the Oscars, but also the car they pull up in – and more importantly, how green it is. The days of choosing between a gas guzzling limousine or a blacked-out SUV are long gone as celebrities instead favour more environmentally friendly alternatives, like battery-electric or hydrogen vehicles.

Harrison Ford was among half a dozen stars who made headlines in 2003 when they all arrived at the glitzy awards ceremony in Toyota Priuses, pushing the then little-known model into the spotlight. It was a move by environmental organisation Global Green USA, which has been organising an annual pre-Oscars gala showcasing green lifestyle choices for nearly two decades.

Environmental non-profit Energy Independence Now (EIN), dedicated to advancing fuel cell electric vehicles (FCEVs) and renewable hydrogen infrastructure, has sponsored the gala   – there’s been a two-year hiatus due to Covid-19 – and literally rolled out the green carpet to Hollywood’s A-listers. Jane Fonda and Buzz Aldrin are just two VIPs that showed up in FCEVs.

Speaking from the green carpet in 2019, Terry Tamminen, EIN founder and CEO of the Leonardo DiCaprio Foundation at the time, said, “I want to tell you the most exciting thing about them [FCEVs]; they’re sexy, they’re cool!