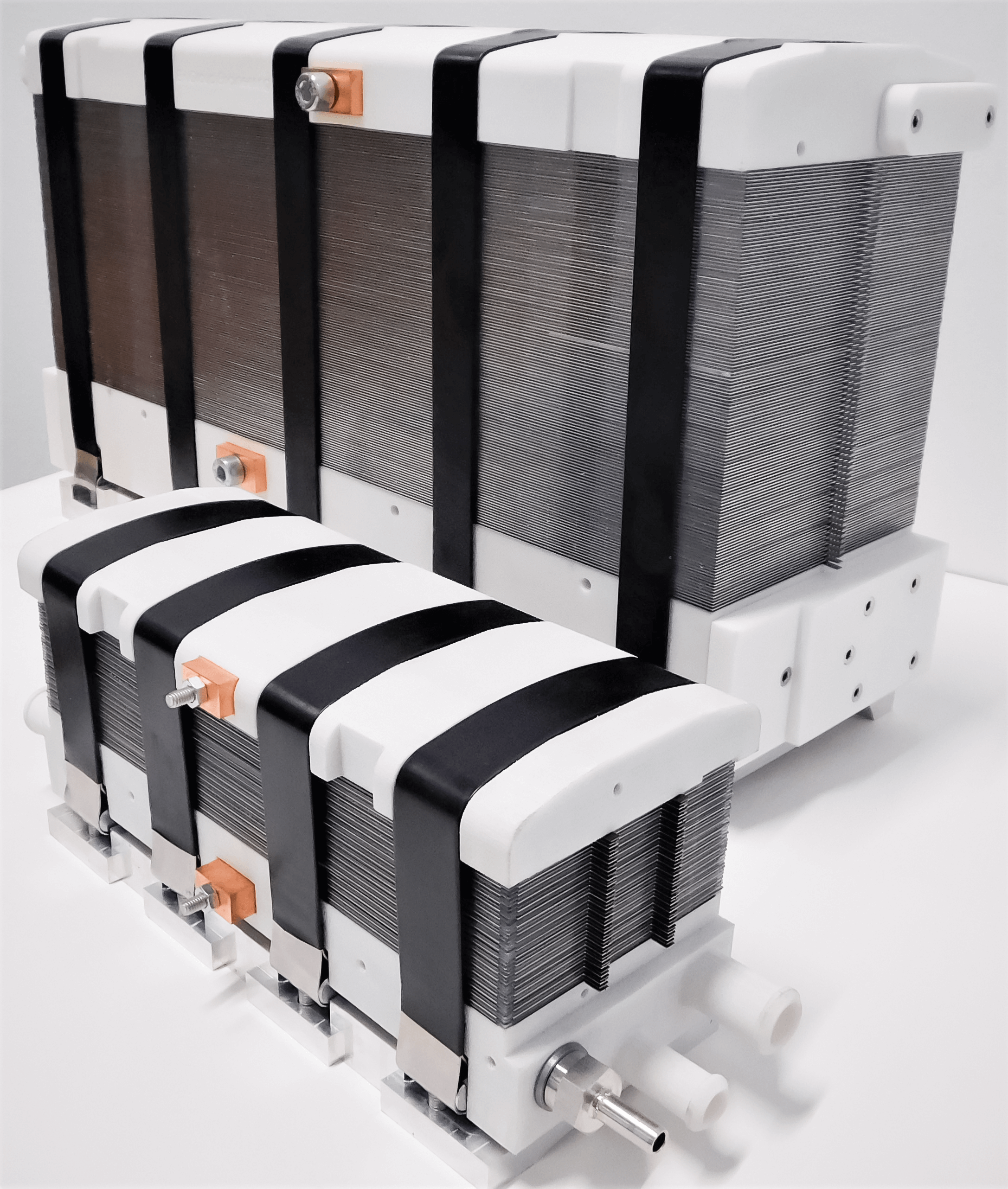 Established on the shores of Lake Geneva, Switzerland in 2017, EH Group had a vision to challenge the two main commercial hurdles inherent to fuel cell technology: cost and complexity. The company’s founder, Dr. Mardit Matian, had been deeply focused on these issues over his 20-year career in fuel cells but felt that despite gradual improvements in the underlying technology, a radical new approach was required.

Scalability
Early on, EH Group realised that scalability was a key feature which needed to be addressed, on two fronts. Firstly, design scalability was inherent to our engineering process. As such, EH Group’s fuel cell stacks can operate across three platforms from sub 1kW to 100kW, with the same underlying performance characteristics. A fourth platform, which delivers up to 250kW on a single stack, aimed at larger power applications, is to be announced soon.

Scalability in production was also at the heart of the company’s development process. EH Group’s fuel cell technology was ‘designed for manufacturing’, and together with various Swiss industrial partners, the company has developed ultra-fast fully-automated stack production machinery. It targets the assembly of a large stack within minutes and will enable EH Group to deliver large scale annual production targets of well over 1GW.

Cost reduction
It is widely acknowledged that to realise the widespread deployment of fuel cells, costs have to be driven down. EH Group says its’ automated stack production process will enable the company to swiftly drive down the cost curve, even at moderate volumes, and ultimately towards the previously elusive DOE target prices.

“This is at the core of EH Group’s vision, not only for the fuel cell stacks themselves but also at the system level,” said Mardit Matian.

Indeed, the complexity of a fuel cell system leads to increased parasitic loads as well as costly components in the balance of plant. To resolve this EH Group’s stack technology delivers high performance at lower pressures, hence the company’s ability to downsize or altogether eliminate compressors depending on the application. A more compact system, with a simplified component architecture and higher efficiencies, is deliered as a result.

The company is growing rapidly and will shortly be moving into its new laboratory and production facilities in western Switzerland. Surrounded by other hi-tech and aerospace companies, it offers room to expand and is ideally situated just 20 minutes away from Geneva airport.

With the nascent hydrogen ecosystem accelerating rapidly, EH Group aims to become a leading player in the fuel cell market.

“Our product will directly address the challenge of unsustainable or pollutive technologies that power our economy, but that are unfit for purpose in our times,” said co-founder Christopher Brandon.

EH Group’s high power density fuel cell solution is particularly well suited for mobility applications on land, water and air that require extended use, range or heavy payloads are primed for disruptive decarbonisation that cannot be met by batteries alone.