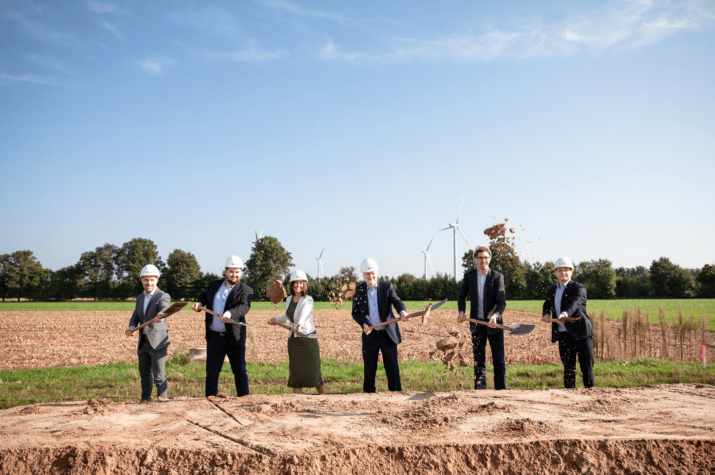 Construction has officially begun on Enapter’s €105m ($124.2m) facility in Germany that will mass produce more than 100,000 green hydrogen electrolysers a year.

Enapter said production is expected to begin at its Enapter Campus incrementally in the fourth quarter of 2022, with the first customer deliveries envisaged to start in 2023.

“To massively reduce the costs for green hydrogen production and reach global climate goals, we now need to scale existing technologies at speed,” said Enapter CEO Sebastian-Justus Schmidt in his opening speech at the groundbreaking.

“Our entire DNA is focused on urgency in research, development and market entry: The Campus is our climate contribution under the motto ‘Acting, not talking’.

“Scaled production of modular, compact AEM Electrolysers for projects of any size will make a substantial contribution to tackling the climate crisis.”

Enapter said the automated mass-production of electrolysers will enable the company to decrease the cost of the devices and quickly make green hydrogen competitive with fossil fuels. 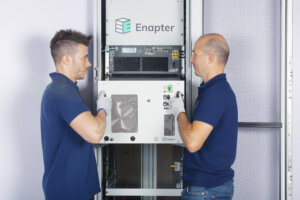 The last piece of the decarbonisation puzzle: Enapter highlights the benefits of AEM electrolysers

“I think it’s really important to point out that 100,000 electrolysers production capacity per year is just a tiny, tiny amount of what is needed to reach our climate goals. We’re not exaggerating when we say we should be delivering 10 million units every year for the next 30 years to reach those goals,” Jan-Justus Schmidt, co-founder and General Manager of Enapter, told H2 View.

Enapter says the automated mass production capabilities of the new site will be vital for creating the economies of scale needed for the modular green hydrogen technology to reach price parity with grey hydrogen production. The company’s AEM electrolysers are currently manufactured at Enapter’s serial production facility in Pisa, Italy, and are deployed in more than 38 countries, revolutionising the way that energy is used in the transport, residential and industrial sectors.