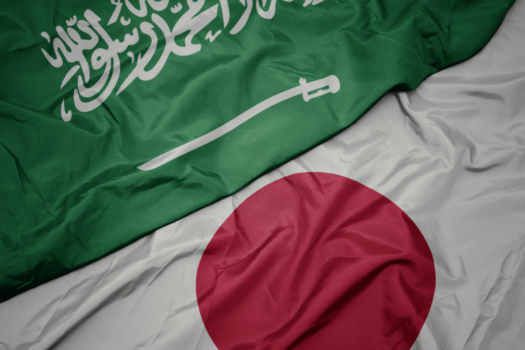 A statement explained the two firms want to collaborate in feasibility studies to evaluate the production of blue hydrogen and blue ammonia in Saudi Arabia from hydrocarbons, such as natural gas and liquid petroleum gas (LPG), as well as the capture of associated carbon dioxide emissions.

Under the Memorandum of Understanding (MoU), ENEOS and Saudi Aramco also want to assess various hydrogen chemical carriers, including ammonia and methylcyclohexane (MCH) for the purpose of transporting hydrogen from Saudi Arabia to Japan and other markets.

ENEOS said it signed the MoU with Saudi Aramco because Japan imports more than a third of its crude oil from Saudi Arabia, and Saudi Arabia has potential as a “stable” and “long-term” supplier of blue hydrogen and blue ammonia.