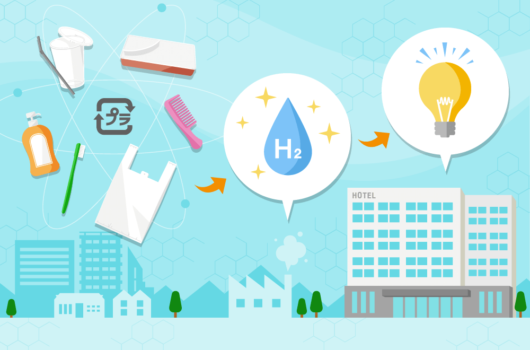 Did you know there’s a hotel in Kawasaki City, Japan that creates hydrogen from waste plastics to supply about 30% of its energy needs?

In the first year after its opening, the hotel ran a test in which it recycles even the amenities used in hotel rooms, such as toothbrushes and hair combs, as feedstocks for hydrogen production.

Having researched fuel cell technologies since the 1960s, Toshiba has developed a product called H2RexTM, a pure hydrogen fuel cell csystem that converts hydrogen to heat and electric power without producing CO2.