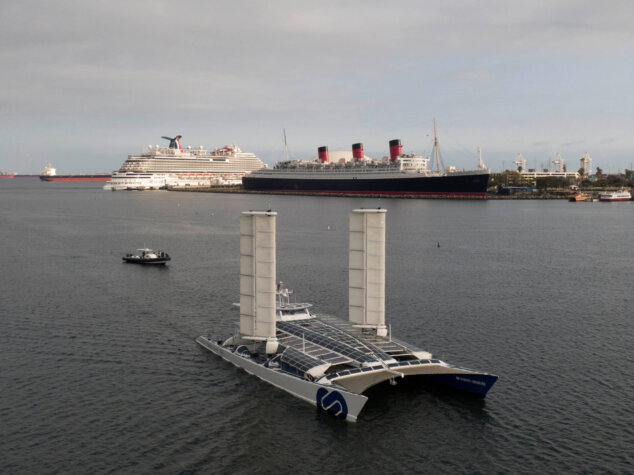 An ambassador for the hydrogen revolution, Energy Observer has successfully navigated to the US, making landfall at California’s Long Beach for the first time in its journey.

This is the fifth season of a seven-year Odyssey for Energy Observer and was warmly received by the Port of Long Beach and the California Fuel Cell Partnership when it reached Pine Avenue Pier on the 23rd of April.

The hydrogen vessel is expected to stay until the 28th of April before sailing north to San Francisco.

Read more: Energy Observer forges ahead with its round the world Odyssey

Such stopovers present a prime opportunity for the crew, headed by Victorien Erussard, to document the numerous initiatives fronted by the state of California, a leader in hi-tech systems, sustainable energies and innovations for ecological transition.

Hydrogen is used along the whole of the Californian coast, which Energy Observer says, boasts the highest concentration of cars running on hydrogen (over 7,000 in 2019) and a goal of five million zero-emission vehicles by 2030, compared with 350,000 today.

The catamaran endured a 27-day sea passage from the Galapagos Islands, a Unesco biosphere reserve, having covered nearly 3,000 nautical miles entirely self-sufficiently before navigating the Los Angeles River and greeting the Queen Mary along the way.

Bill Elrick, Executive Director at California Fuel Cell Partnership, said, “Hydrogen has a unique role to play in the energy transition as a unifier of renewables and technologies like fuel cells.

“Energy Observer is a real-world working laboratory and showcases some of hydrogen’s best attributes.”

Victorien Erussard, Captain and Founder of Energy Observer, said, “We’re eager to meet the highly active and enthusiastic scientific, university and even school communities, which are working on these challenges.

“It’s a win-win situation for us as we get to meet specialists who are passionate about the same topics as us and we also get to show Europeans the ambition and scale of the projects deployed in this State, despite its long history fuelled by fossil energies.”

Energy Observer: The story behind the expedition 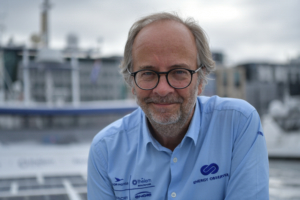 It’s 2013 and experienced ocean racer Victorien Erussard is in the middle of the Transat Jaques Vabre – a yachting race that follows the historic coffee trading route between France and Brazil. He’s halfway across the Atlantic when his vessel suddenly suffers a blackout and a complete loss of all power.

Erussard realises his engine has failed and he has nothing but the sails to keep the boat moving. This frustrates Erussard, who is in the middle of the ocean with energy resources all around him (the sun, wind and current), but no way of keeping his electronics running.

His chances of winning the race are jeopardised and he tells himself never again will he find himself in a situation like this.

Maritime hydrogen and marine energy conference to go ahead digitally