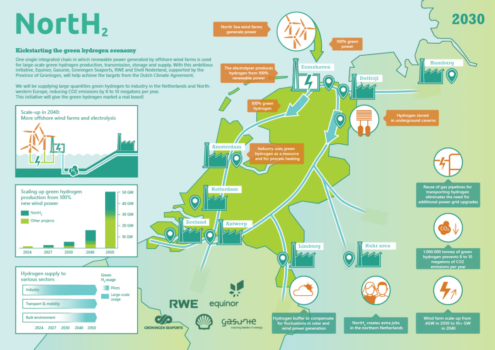 Equinor and RWE have been named as new partners of the NortH2 project which aims to produce green hydrogen using renewable electricity from offshore wind off the coast of the Netherlands.

The project will complete a feasibility study by 2021, with the aim to start project development activities in the second half of 2021. As new partners, Equinor and RWE join Shell, Groningen Seaports Gasuine and the province of Groningen.

“This is a ground-breaking project that Equinor is looking forward to contributing to. The project can be an important part in our efforts to build a competitive position in hydrogen, creating future value and industrial possibilities,” said Anders Opedal, CEO of Equinor.