European Hydrogen Backbone: How a dedicated hydrogen infrastructure can be created 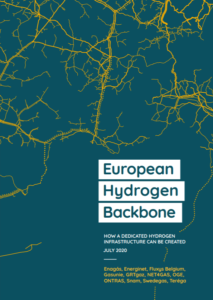 In a report entitled European Hydrogen Backbone, the companies said they foresee a network gradually emerging from the mid-2020s onwards to an initial 6,800km pipeline network by 2030, connecting ‘hydrogen valleys’.

By 2040, a hydrogen network of 23,000km is expected, 75% of which will consist of converted natural gas pipelines, connected by new pipeline stretches (25%).