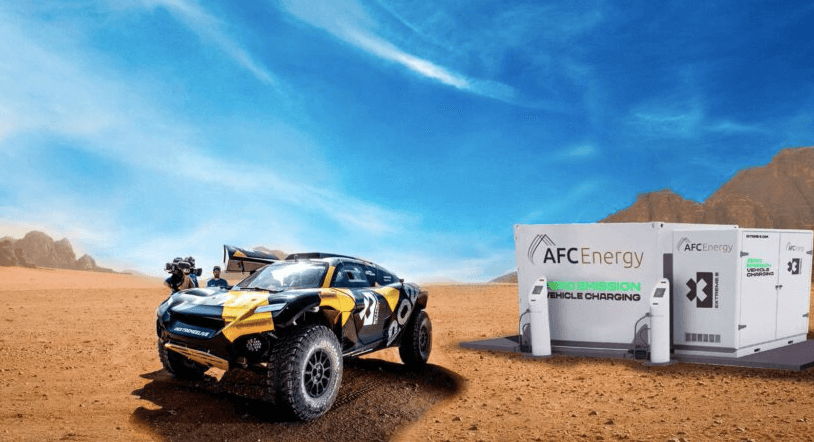 It’s going to be a spectacular, captivating, narrative-driven adventure telling the story of the effects of climate change and human activity on stunning, remote locations around the world. And in exactly two months’ time, off-road electric series Extreme E will head to Saudi Arabia for the first of that five-race global voyage that will span four continents.

The rally championship will use a hydrogen fuel cell generator, designed and engineered by AFC Energy, to remotely charge its race fleet using zero emission energy, marking a revolutionary first in international motorsport. H2 View caught up with Adam Bond, CEO of AFC Energy, to get the inside track. 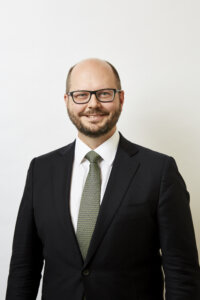 H2 View (H2V): Thanks for giving H2 View your time Adam. Firstly, what is Extreme E?

Adam Bond (AB): Extreme E is a world class, off-road rally racing championship, taking fully electric motorsport to a worldwide audience in some of the most extreme environments on the planet. It is utilising its sporting platform for the purpose of promoting electrification, sustainability, and equality. The series goal is to highlight the impact of climate change in some of the world’s most remote environments, promote the adoption of electric vehicles and technologies to pave the way for a lower carbon future, and provide a world-first gender equal motorsport platform.

H2V: And AFC Energy teamed up with Extreme E to showcase to a global audience how hydrogen can be used as a viable alternative to dirty diesel?

AB: Precisely. Extreme E needed a zero-emission power system to charge their Odyssey 21 vehicles to tie with the purpose of the series and our H-Power fuel cell provided the perfect base technology to deliver it. We’re keen to stress through its deployment in the series how the technology can support the decarbonisation of industry through the replacement of diesel generators, in markets including construction, maritime, rail and data centres.

However, as a twist for the Extreme E series, AFC Energy is also configurating an upstream fuelling element. At each race location, we will be creating the hydrogen fuel on site in the days leading up to the race, using a combination of electrolysis and renewable solar power such that not only is the fuel cell zero emission, but so too is the manufacture of the Hydrogen fuel.  A world first in the off-grid powering of sporting events.

H2V: Can you tell us more about how and why the partnership with Extreme E came about?

AB: We first started discussing a partnership with Extreme E in January 2020 given their clear sustainability aims. What was clear at that point was the need to agree a bespoke specification and design with them given the varying conditions and challenging logistics of the series – from the heat of the desert, to the cold of Greenland, and then the high altitude of Tierra del Fuego!

Once it was clear we could meet the brief, we agreed commercial terms and began work with Extreme E’s utilities and logistics team to design and engineer a pioneering fuel cell system for Season 1.

Extreme E inspected the AFC Energy fuel cell system in person last month along with the energy storage and charging infrastructure ahead of us making final checks prior to its despatch.  It’s been a fantastic journey to get to this point and I’m incredibly proud of our respective teams in making it happen.

H2V: Motor racing is a sport renowned for not being environmentally friendly; Extreme E is an off-road all-electric series. Is this the start of a new era of motor racing?

AB: I definitely think so. Top flight motorsport in the past has been dominated by considerations on power, weight and aerodynamics, with the combustion engine at its very centre. Since the inception of Formula E, how vehicles are powered is now a material consideration for series’ around the world. I think there has been a realisation that with the growth of hybrid and EV products ‘on the road’, there needs to be further outlets to showcase the technology on the track or off-road. Extreme E has responded to that challenge.

Extreme E is without doubt the most imaginative racing series conceived and its international audience base provides an unbelievable platform for all of the technology on show. Broadcast deals are in place with the likes of Sky and BBC (UK), Discovery (Europe), Fox Sports (US, Canada and the Caribbean) and a host of others, bringing an estimated broadcast audience of over 200 million people. That’s an awful lot of potential consumers.

H2V: You’ve designed and completed a hydrogen fuel cell generator which will allow Extreme E to remotely charge its race fleet using zero emission energy. Can you break this down for us and simply explain the technology and how it works?

AB: It’s the most common question we’re asked. In simple terms, the Extreme E system AFC Energy is preparing for Extreme E is made up of four primary components: the fuel production, alkaline fuel cell, a battery storage unit and the charger itself.

In the days leading up to each race weekend, hydrogen will be generated from a combination of portable solar arrays powering electrolysers. The hydrogen generated will be stored in low pressure metal hydride cylinders ready for use over the weekend. For the race, our fuel cell will utilise the green hydrogen to generate clean power 24/7 which will then be capable of being fed into race vehicles via a battery storage unit to buffer power to meet peak charging times between races.

I often say different fuel cell technologies must play to their strength to be successful. For Extreme E, one of their key drivers was to create a platform for environmental awareness and change, meaning its technology choice needed to provide a catalyst for wider transition away from diesel generation in offgrid power markets. In this regard, a material benefit of the alkaline technology in these markets include not only capital cost considerations, but also cost and logistics considerations of the fuel, namely the alkaline system’s ability to utilise low grade (and therefore lower cost) hydrogen.

Hydrogen carriers such as ammonia are increasingly seen as a fuel for the decarbonisation of offgrid power and maritime sectors, particularly international cargo shipping.  Combining the alkaline fuel (cracked ammonia) with the alkaline fuel cell made an obvious choice given the relative energy density of green ammonia versus hydrogen in circumstances where the fuel requires transportation and storage.  The AFC Energy alkaline fuel cell therefore presented Extreme E with a viable technology which met its goal of replicability worldwide in the push to transition away from polluting diesel generators.

H2V: Any other inside track you can give us on Extreme E, hydrogen-related of course?

AB: I can’t say too much more at this stage, suffice to say if your readers are truly interested in how hydrogen can be used to decarbonise the off-grid power market, I would strongly encourage your readers to watch the Extreme E series to see our system in action, with the first race in Saudi Arabia on the weekend of 3rd/4th April – just don’t ask me to predict a winner……