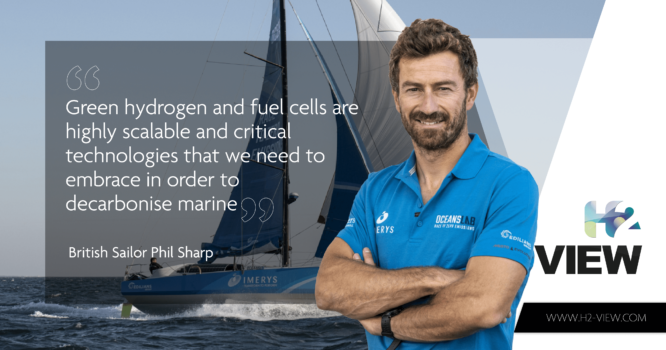 British sailor Phil Sharp is ditching “dirty” diesel in favour of clean energy as he reveals an ambitious four-year programme of ocean racing powered by hydrogen.

Shocked at how pollutant the marine industry is, with just 15 of the world’s biggest ships releasing as much sulphur dioxide as all the world’s cars put together, Sharp, 38, decided to use his sailing campaign to demonstrate how commercial maritime transportation can shift to clean systems with zero carbon emissions.

The technology will be used to power the electric propulsion and navigation systems on his Class 40 monohull yacht OceansLab, which will then be tested and evolved for application in a larger 60ft IMOCA class monohull that Sharp plans to build next year.