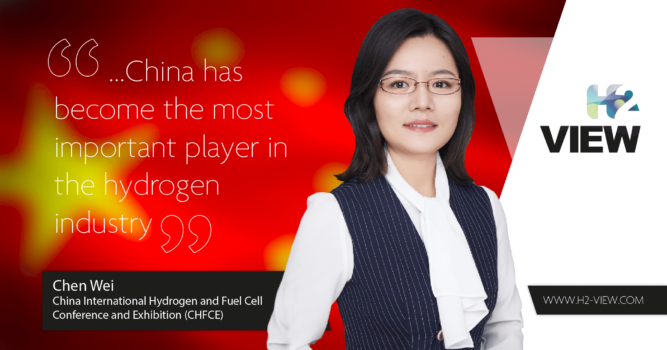 Exclusive: China the most important player in the hydrogen industry

Security, climate change, air pollution and global competitiveness: these are the four factors driving a hydrogen economy in China.

According to the study Overview of hydrogen and fuel cell developments in China, China’s energy security is challenged by the increasing need for energy and quick depletion of fossil fuels, while cities are struggling with unhealthy levels of pollution.

Hydrogen can be produced from a variety of sources and help diversify China’s energy system, which is currently dominated by coal and dependent on imported oil and gas resources.

Since 2010, China has not only become the world’s largest energy user, but also the largest producer of hydrogen, generating roughly 20-22 million tonnes of hydrogen in 2018.