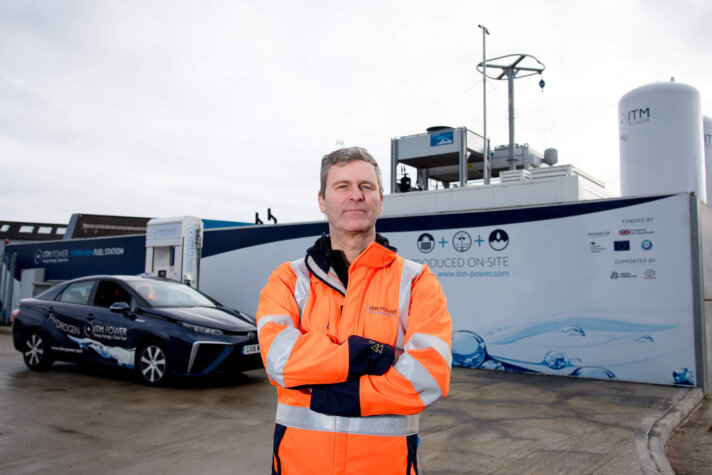 Exclusive: ITM Motive to build a network of hydrogen stations for trucks and buses in the UK

ITM Motive will build a small network of large hydrogen stations for trucks and buses in north England in a bid to kickstart demand for the market, the ITM Power subsidiary has revealed to H2 View.

Duncan Yellen (pictured above), Managing Director of ITM Motive, said the network is likely to be from Birmingham up to Leeds and no further west than Liverpool.

“That’s where the land is cheap, electricity connections are widely available and there’s plenty of haulage market to go at,” he told H2 View.

“We do like the cars – and I love driving my hydrogen car – but actually hydrogen, predominantly in the next years, is for trucks and buses.

“If you’ve got a 44-tonne truck, your only sensible option for decarbonising up to zero is hydrogen. You can’t do it with battery-electric and you can’t really get to net zero with any of the other options, so hydrogen is the choice.”

With around a dozen hydrogen refuelling stations open today in the UK, bigger stations for heavy-duty transport are how Yellen sees the network growing.

“Hydrogen is a brilliant fuel in terms of the time it takes to recharge, but the big disadvantage is there aren’t many stations at the moment,” Yellen said.

“We’re going to change that by building the network slowly with back-to-base refuelling stations for trucks and buses. We’ll manage to put enough dots around England that can be joined up to create a network.”

The way Yellen sees it working for lighter vehicles, is that they will “piggyback” on the success of heavier vehicles.

“What I think will happen is you’ll see ambulances, road gritters, all these types of vehicles that are quite difficult to cater for on their own, join in once we’ve got that anchor 10 stations for the buses and the trucks,” he explained.

“Our favoured vehicle is one that does the same big mileage every day, 365 days of the year. Big trucks are brilliant for that plus once a hauler is invested in a truck, they want that truck working as hard as possible. So smaller vehicles will piggyback on the success of larger vehicles.

“The challenge right now with smaller stations is making them financially viable, because there’s no demand. So when the demand has been created through these bigger stations and larger vehicles, we will build them too, but there will need to be improvements in equipment available before we do that.

“What’s more likely to happen is the bigger stations will get additional capability to refuel the smaller vehicles as well.”

ITM recently opened a brand-new hydrogen station at Tyseley Energy Park in Birmingham, which will refuel Birmingham City Council’s fleet of 20 hydrogen buses from November. And this is exactly the type of hydrogen station ITM wants to continue building.

“What we’ve done in Birmingham is the sensible, modern form. We’ve made sure we’ve got 20 buses lined up that are going to use that station every day,” Yellen said.

“We’re looking for more big sites like Tyseley Energy Park, where it makes sense and fits in well with what’s already there. We won’t have planning permission issues with that because we’ve been doing this for six/seven years already.

“The simplest thing with a hydrogen station is for it not to have a roof. Hydrogen is a very safe gas – it escapes into the atmosphere and turns back into water; it’s no harm to anyone.” 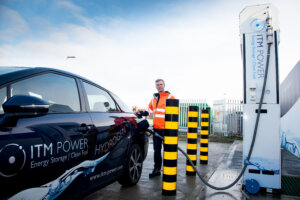 ‘Hydrogen needs to be green’

It’s an interesting time for the hydrogen market in the UK right now with many companies revealing plans to build hundreds of stations in the country. One thing ITM would love to see, Yellen said, is competitors emerging.

“That would be really good for the market and will drive growth of the whole hydrogen industry. But in general, I think there’s a lot of optimism and enthusiasm for people who think they can talk a good game. We don’t see any shovels in the ground, we don’t see anything being built, but we’re hearing some quite optimistic views as to what can be done with hydrogen,” Yellen told H2 View.

“There’s only a certain amount of leeway in the spreadsheet and that spreadsheet says you can’t build hundreds of hydrogen refuelling stations right now. You can probably build 80 in the next three to five years if you’re lucky, but that’s about it. And when I say 80, I mean the whole market, not one individual company.

“I could be wrong; I’d love to be wrong. If somebody could build hundreds of hydrogen stations in the UK, I’d be very happy because I’ll be able to drive my Mirai around the entire country. Anybody who wants to build a hydrogen refuelling station, I absolutely applaud and would love to see them do it because that can only grow the market.”

“The big plus point for me in the UK Hydrogen Strategy was the net zero hydrogen support that’s alluded to start in the first quarter of 2022. That would be fantastic if we can get support for building stations that quickly,” he continued.

“I would personally love to see a little bit more ambition in terms of what was in the strategy, but it’s not necessarily that surprising that is isn’t.”

‘Blue hydrogen does not exist’

A concern for Yellen in the UK Hydrogen Strategy is the language used about blue hydrogen.

“I’m not actually a big detractor of blue hydrogen, personally. It could well be a useful tool in the journey to net zero. But it does not exist today.

“There’s a lot of ‘What ifs?’ in blue hydrogen and it distresses me when media outlets like the BBC make statements that blue hydrogen is a cheaper option than green hydrogen.

“When people talk about blue hydrogen there’s a lot of caveats in there. Firstly, it’s going to be six or seven years before it’s available. Secondly, nobody knows what the carbon content is going to be and thirdly, nobody knows whether we can store that CO2 forever and whether that will be acceptable to the general public. Nuclear power would have gone a long way if had been more acceptable to the public.”

What Yellen would like to see from the government is more support for hydrogen vehicles.

“We’ve had nine years now of government support for battery-electric vehicles at quite a high level, and we can see what impact that’s had. That’s what we need now for hydrogen vehicles,” he said.

“In my mind in terms of hydrogen, in terms of making things happen, it’s the vehicles that are really important. Because of the level of tax on diesel, hydrogen’s easiest job is to compete with diesel for transport. So that’s the low hanging fruit. So if we support that, the rest will follow.” 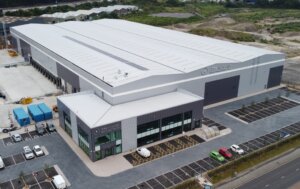 Through standardisation, modularisation and the employment of world class practices, ITM Power has the manufacturing capacity to produce 1GW of electrolysis a year. The company says the Gigafactory provides a blueprint which can be easily replicated when there are large order volumes. And ITM Power confirmed to H2 View there are already fully funded plans in the pipeline to build a second gigawatt-scale facility which would be even bigger than the current one.

“The design and build phase for Bessemer Park took two years, so we would anticipate an 18-month lead time from the point of the second factory investment decision to the first product output – which is why we will continue to watch and develop markets to ensure we align our production capacity inline with the opportunities.”

The story of ITM Power