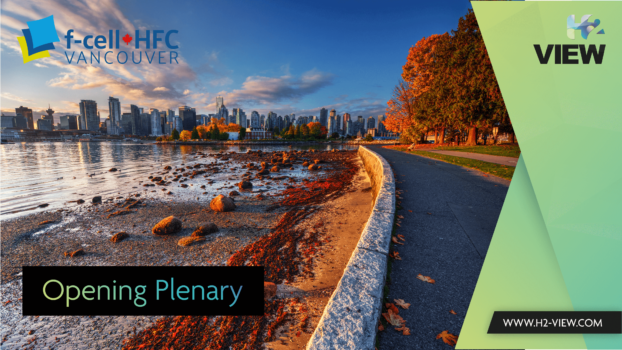 “Hydrogen’s time has come, the world is watching, and Canada will lead.”

Those were the words spoken by the Honourable Seamus O’Regan, Canada’s Natural Resources Minister, as he shared his vision for the country at the virtual f-cell+HFC 2020 event.

Following Mark Kirby’s motivational opening, O’Regan revealed that Canada is close to finalising its National Hydrogen Strategy, which will detail how the country will become one of the top three producers of hydrogen in the world.

Describing energy as Canada’s “family business”, O’Regan enthused the world class products that Canada has to offer, giving the country a “natural advantage”.

“All of our Canadian ingenuity in innovation and all of our dreaming and daring, has brought us to this moment. To a time where hydrogen is no longer just the most abundant chemical substance in the universe, but a critical part of our clean energy future,” he said.

“Hydrogen has given us a range of opportunities as diverse as Canada itself. In Alberta and Saskatchewan, we can capitalise on our natural gas sectors to produce clean hydrogen, with the help of world leading CCUS technologies.”

“Across this country from coast to coast to coast, there is no reason why Canada cannot lead the way. In fact, we’re already doing that.”

“However, we don’t have enough large-scale hydrogen projects here in Canada. That has to change, and it will, through the Hydrogen Strategy that we are currently finalising for Canada.”

“I know you’re eager to hear details, and I am eager to share them with you. We are close.”

Next to take to the virtual stage was Jürgen Rechberger, Manager of Global Fuel Cell Competence at AVL.

An engineering company based in Austria, AVL is currently supporting customers in developing fuel cells and bringing them to market. Something that the company prides itself in as the world looks towards a zero-carbon future.

Talking at the f-cell+HFC event, Rechberger discussed the role of hydrogen mobility and how it can help build a renewable transport system.

“I believe that efficiency is super important. It is important for the industry to note that there will always be a competitor out there and this technology will come to the market,” he said.

Rechberger’s beliefs for efficiency, however, went beyond just passenger vehicles: “For truck and bus, in the future, we need very, very efficient fuel cells because there will be a competing technology out there.”

Before wrapping up his presentation, Rechberger went on to talk about some of AVL’s current projects and what it is contributing to the fuel cell industry to make fuel cell vehicles and trucks a reality.

“We are working with two different technologies, PEM and SOFC. We are at the moment focused on five different applications: passenger cars, trucks locomotive, marine and stationary power generation,” he told attendees.

“In all of hydrogen fuel cell activities, AVL employees around 450 engineers and we are also opening a brand new fuel cell test and development centre in Graz, Austria.”

Joining the digital event from a nuclear bunker in Switzerland, Dr. David Hart, Director of E4tech, and the opening panel’s final speaker, discussed finding the value in the fuel cell and hydrogen value chain, and what this means for an economy like Canada.

He highlighted a study E4tech has recently undertaken with the Fuel Cells and Hydrogen Joint Undertaking (FCH JU) which assessed a wide range of transport and stationary applications and looked at where the value addition actually happens.

“There is an industry turnover and then there is a difference between the price that somebody buys something and the price at which they sell it. And that’s where the value is created. Some of that comes from labour, people doing work, some of it comes from capital equipment which is used to do that manufacturing, but some of it comes from margin, which is invested back into the industry,” he said.

“What is important to understand is that in order to make a difference, you need to be supporting both sides of the economy. The best returns require coherent levels of support for both supply and demand sides.”

According to Hart, fuel cell and hydrogen applications can generate significant socio-economic value if deployment and EU role are strong. But to make a difference, fuel cells and hydrogen need to grow expoenentially, and Hart said indigeneous deployment is a good way to support alue capture.

“Significant growth in fuel cells and hydrogen is now almost certain, with fuel cell and electrolyser materials, components and systems set to be major industries, and Canadian companies are well positioned in some of those,” he said.

Finally, Hart touched on Covid-19 and that while supply chains have been disrupted in the short term, long-term drivers have been strengthened by the pandemic.

“Both fuel cell and electrolyser companies have had to slow down production because of early supply chain disruptions, but these are slowly coming back up to speed.”

“Covid-19 has heightened awareness of climate risk amongst shareholders, boards and institutional investors and most Covid-19 recovery and stimulus packages have a strong ‘green’ focus, including hydrogen, often explicitly.”