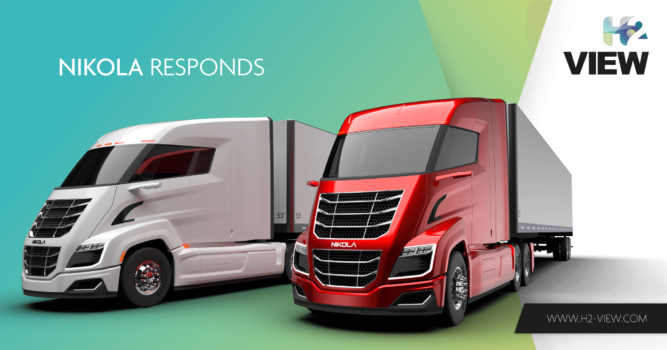 It is easy to fall from grace, especially in the public eye. The hard part is to earn respect and keep it. That’s the challenge facing Nikola Corporation right now, particular since the departure of its founder and former Chairman Trevor Milton.

The Arizona-based company has endured a tumultuous three weeks since a high-profile ‘research report’ made a series of extensive allegations against it on 10th September (2020), many of which claimed that it has no working prototypes. The report, however, omits a number of facts, such as that the Nikola Two fuel cell truck actually works.

In the last 36 hours, the company has stepped up its messaging around this point, culminating in a full corporate statement from Nikola Corporation yesterday.

Nikola’s CEO Mark Russell spoke with Bloomberg in an interview on Tuesday, during which he outlined the company’s ecosystem of partners that have validated what Nikola is doing, adding, “Our message is the same as it was before.”