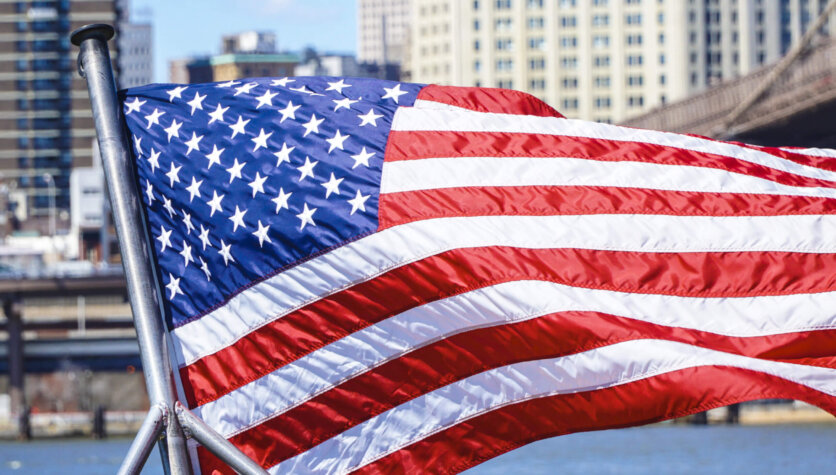 FCHEA: Northeastern US set to be the next big market for hydrogen

The next big market for hydrogen is exactly what Morry Markowitz, President of the Fuel Cell and Hydrogen Energy Association (FCHEA), described the Northeast of the US as when he exclusively sat down with H2 View to discuss the next steps for hydrogen mobility in the nation.

For many years now, California has been the hydrogen hotspot in the US, boasting more than 9,200 fuel cell electric vehicles (FCEVs) and the majority of the US’ stations. But now a shift in the market is starting to emerge, and automakers along with hydrogen station developers are setting their sights on the Northeast – a region where many zero emission vehicle goals have already been set.

Of course, options for zero emission vehicles include both battery-electric and fuel cell electric, but both need to be made available to consumers, leading to a expected hydrogen spike in the region which consists of Connecticut, Maine, Massachusetts, New Jersey, New York, and Rhode Island.

Zero emission vehicle programmes and legislation are exactly where California’s journey to hydrogen-fuelled mobility started, and in September 2020 the state vowed that only zero emission cars and passenger trucks, like hydrogen fuel cell electric vehicles, will be sold by 2035.

Similar goals are now set for the Northeast, with Markowitz, explaining, “The California Air Resources Board (CARB), the agency charged with oversight of the state’s zero emission vehicle programme, has stated that successful market launch and continued growth of both FCEVs and California’s hydrogen fuelling network are essential for the state to meet zero-emission vehicle goals set forth in Governor Brown’s Executive Order B-16-2012 as well as greenhouse gas (GHG) reduction, air quality improvement, and petroleum reduction goals set forth in state and federal laws and programmes.

“For the Northeast states that signed onto California’s zero emission vehicle goal to achieve it, they will also need to introduce fuel cell electric and hydrogen fuelling infrastructure in the region. There are also other factors that make fuel cell electric vehicles attractive to achieve the Northeast states’ environmental goals, including the weather.”

The current hydrogen market in the Northeast

The big focus for a hydrogen shift in the Northeast, however, is not something that has just been decided by the industry, so to speak. For many years now, major companies in the region have been building up momentum for hydrogen which has led to a significance presence for the clean fuel, granted not so much for the mobility side of things.

Fuel cell manufacturing is mostly where the Northeast has its current expertise, with the likes of Plug Power, FuelCell Energy, Doosan Fuel Cell America, Nuvera Fuel Cells, Aris Energy and Bloom Energy all active in the region. Second to that, Nel Hydrogen also has one of its base operations in Connecticut – another contributing factor to the infrastructure planned for the state.

But it’s not just being home to these players that the Northeast has achieved so far, plans for hydrogen station developments are already underway. Back in 2014, Toyota and Air Liquide announced an initial network of 12 stations in the Northeast, including in New York, Connecticut and Massachusetts, and several have already been completed.

There are also several privately-owned stations currently in operation servicing fuel cell buses and other fleet vehicles, including at Nel Hydrogen’s Connecticut facility and in warehouses and distribution centres serving fuel cell forklifts and other material handling vehicles.

“There is a wealth of hydrogen activity in the Northeast that is ripe for growth,” Markowitz said. “We anticipate more innovation and progress from current hydrogen and fuel cell players, as well as expect new companies to enter the industry with new technologies and needed services.

“FCHEA is working with its members on advocacy efforts and other initiatives to ensure an encouraging regulatory and policy environment for the growth of deployments, installations, and business development in the various states in the region.

“Our members have a strong footprint in the Northeast, with several of the world’s leading fuel cell and electrolyser manufacturers located in Connecticut, Massachusetts, and New York. Industrial gas, component companies and other key industry players have headquarters, production facilities or service offices in the region.”

A new way of working

As to be expected, the roll out in the Northeast will, and has to be, completed differently to the Californian markets, something Markowitz alluded to during the conversation. Highlighting such differences, he said, “The main difference is working with a group of states, and their respective governments and policy frameworks, as opposed to just one governmental entity.

“Coordinating regional transportation activities is certainly a challenge, however, we have hope that the Northeast states will step up to meet it. We are encouraged by recent developments of the Northeast and Midatlantic States Transportation and Climate Initiative (TCI) that is planned to develop a cap-and-invest system similar to the Regional Greenhouse Gas Initiative (RGGI) for power generation.

“This programme is intended to support low-carbon transportation in the region, and we hope that the fruits of this greater state coordination will include support for a regional hydrogen refuelling infrastructure.”

That being said, clean energy support from President Joe Biden is now something the FCHEA and hydrogen companies can count on – something which H2 View actually spoke to the FCHEA about when Biden started his Presidency role.

“With the new Biden Administration and focus in Congress on supporting new infrastructure projects and decarbonisation, this is the right time for the federal government to step up and use its considerable authority to support zero-emission transportation infrastructure, including hydrogen refuelling stations,” Markowitz enthused.

“We have already seen some indications for federal action in this space through Congressional interest through alternative refuelling corridors. We think this is an excellent first step to advance zero-emission transportation in the northeast region and throughout the US.”