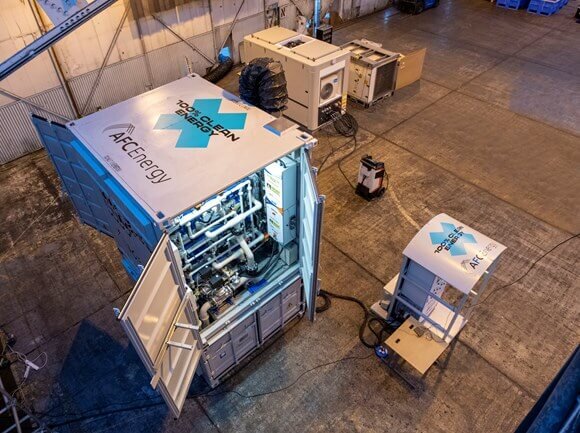 The brainchild of the people behind the Formula E racing series, Extreme E will see teams racing bespoke off-road electric SUVs in some of the remote corners of the planet, powered by AFC Energy’s hydrogen-fuelled H-Power Charger.

The rally championship will be the first ever organiser to utilise hydrogen fuel cell generators for remote charging, AFC Energy said.

Since Extreme E and AFC Energy announced their world-first collaboration in July 2020, the two companies have worked closely to design and complete a bespoke fuel cell and operating system that requires a detailed understanding of the extremities of conditions in each race location.

With the system getting the green light, it has now been distributed ahead of being loaded onto Extreme E’s floating centrepiece, St. Helena, prior to its departure from the UK in mid-February for Saudi Arabia.

“Hydrogen fuel cell charging in the world of motorsport is truly ground breaking, and Extreme E is the first event of its kind to utilise this technology,” said Alejandro Agag, Founder and CEO of Extreme E.

“The product from AFC Energy offers an end-to-end emission free solution for running our electric vehicles, and I hope it will inspire other organisations to investigate sustainable low emission alternatives when running their events.”

Adam Bond, CEO of AFC Energy, added, ““Hydrogen continues to gain momentum as a viable worldwide platform that affords a key solution to the decarbonisation of sectors where electrification and grid infrastructure is absent.”

“Extreme E’s vision to use motorsport as a platform to introduce new technologies, such as fuel cell technology, to support this goal is to be congratulated and AFC Energy is very proud to be associated with such a landmark initiative.”

Look out for an exclusive interview with Adam Bond, CEO of AFC Energy, on the company’s involvement in Extreme E next week on H2 View