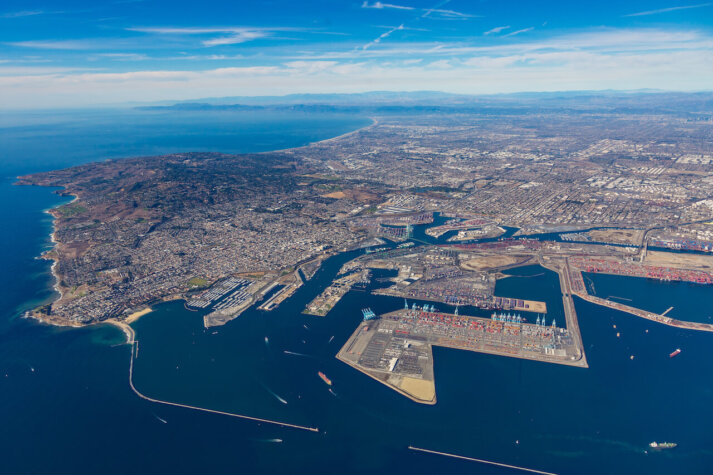 Deployed to advance the Port’s Clean Air Action Plan goals, the new additions are part of the $82.5m Shore-to-Store project, through which more than a dozen public and private sector partners have teamed up for a 12-month demonstration of zero-emission Class 8 trucks.

The project is designed to assess the operational and technical feasibility of the vehicles in a heavy-duty setting, as well as to expand infrastructure to support hydrogen throughout the region.

Commenting on the Port’s effort, Gene Seroka, Executive Director at the Port of Los Angeles, said, “Transporting goods between our Port and the Inland Empire is the first leg of this next journey toward a zero-emissions future.

“This project is a model for developing and commercialising the next generation of clean trucks and cargo-handling equipment for the region and beyond. Just as the air we breathe extends beyond the Port’s footprint, so should the clean air and economic benefits we believe this project will yield.”

Working closely with the Port as technology partners are Toyota motor North America, which both designs and builds the powertrain’s fuel cell system, Kenworth Truck, which designed and builds the Class 8 trucks, and Shell, which built and will operate the two new hydrogen stations.

Kevin Baney, General Manager at Kenworth, said, “This significant fuel cell electric vehicle program at the Port of Los Angeles is a key element of Kenworth’s industry-leading efforts of ‘Driving to Zero Emissions’ in the US and Canada.

“We’ve built all 10 of the Kenworth T680 FCEVs involved in the project, and the first five vehicles are now delivered to fleets in California for commercial service at the Port of Los Angeles.”

“That’s why we are working with truck manufacturers, fleets, governments and others to coordinate hydrogen infrastructure investments in high-traffic freight areas like the Port of Los Angeles, Port of Long Beach, the Los Angeles basin and the Inland Empire.

The California Air Resources Board (CARB) is supporting the project with a matching grant of $41.1m. Project partners are contributing the remaining $41.4m in financial and in-kind support.

H2 View in exclusive conversation with Shell Hydrogen about its commitment to hydrogen, its activities and projects on the ground, what it will take for hydrogen to truly accelerate, its views on hydrogen in a post-coronavirus economy, and much more besides.
Catch up on demand here!
Twitter Facebook LinkedIn Email Print
About the author