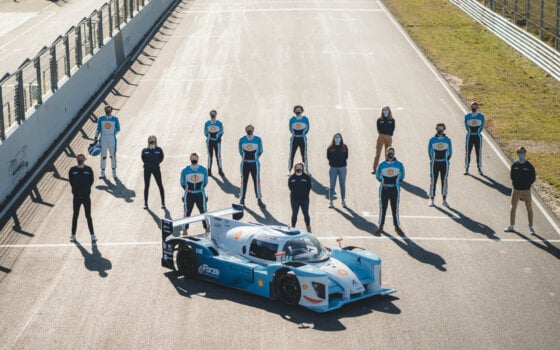 By Molly Burgess on May 19, 2021
Translate
News Mobility

The Forze Hydrogen Racing team wants to compete in GT class races, competing against the likes of Porsche and Lamborghini.

That’s according to Ricarda Warnat, Operations Manager at Forze Hydrogen Racing, who this morning (May 19) shared the team’s hydrogen-powered racing dreams on the virtual Hydrogen Generation event, hosted by Enapter.

Formed of students from the Technical University of Delft in the Netherlands, the Forze Hydrogen Racing team has big ambitions for the future and really believes that hydrogen will play a part in motorsport.

“We are a team of 60 students from the Tu Delft, many of whom give their studies up for a year, we have designed, built and raced the world’s fastest hydrogen electric race cars,” Warnat said.