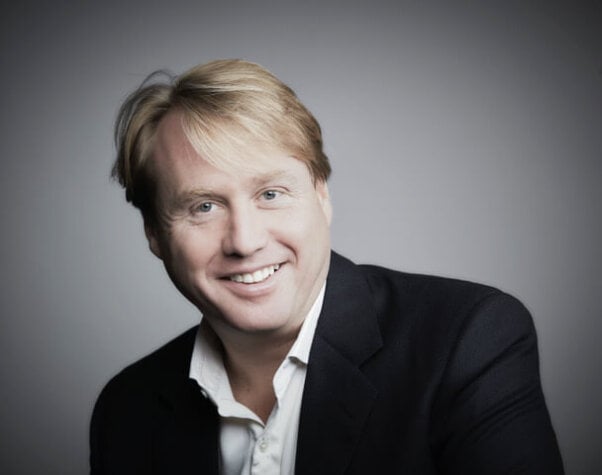 Freeport plans in the UK could create the most significant hydrogen project in the world, thinks Jo Bamford

Plans are afoot to create a world-first, landmark scheme that demonstrates the UK’s global leadership in hydrogen technology – and JCB heir Jo Bamford thinks it could be the most significant hydrogen project in the world.

Public and private sector leaders lodged a bid earlier this month to create a “freeport” in the North East of England centred around the Port of Felixstowe, Britain’s busiest container port, and Harwich International Port.

A freeport is a designated area where normal tax and customs rules don’t apply, meaning goods could be imported with simplified customs documentation and without paying tariffs.

If freeport status is secured, it would create a “strategic hub” linking UK importers and exporters with suppliers and customers around the globe.

The vision, dubbed Freeport East, also includes establishing a green hydrogen hub, the hydrogen produced from which would be used to power port equipment.

The hydrogen hub also has the potential to supply road, rail and maritime transport and would provide opportunities to expand hydrogen use in other freight operations.

And this is where Jo Bamford, Executive Chairman of Ryse Hydrogen, comes in. The UK-based hydrogen production and refuelling company will work in partnership with EDF Energy to develop an electrolyser at EDF’s nuclear power station in Sizewell, near the Port of Felixstowe and Harwich International.

“What makes this project so significant is that it could provide up to 1GW of the UK Government’s targeted 5GW of hydrogen production.”

Prime Minister Boris Johnson unveiled in November 2020 the UK’s £12bn Ten Point Plan for a Green Industrial Revolution, which includes moves to boost hydrogen production, with the promise of a town heated entirely by hydrogen by the end of the decade.

The blueprint clearly backs hydrogen, with proposals to generate 5GW of “low carbon hydrogen” production capacity by 2030 – enough to power about 1.5 million homes – for industry, transport, power and homes.

“With the Freeport East bid, there’s a bit of joined up thinking here and it potentially creates a path to getting to 1GW of that hydrogen production, but you can’t get to that 1GW of production unless you get enough volume around certain areas to sell the hydrogen to,” Bamford said, and he believes the demand could be created from hydrogen-powered buses.

This is where Bamford’s other company Wrightbus comes in. Bamford took over the reins at the Northern Ireland-based bus manufacturer in October 2019 and rescued it from administration.

In April 2020, he unveiled a bold and ambitious vision to bring 3,000 hydrogen buses to the UK.

“Let’s say there’s 9,000 buses in London that need to be decarbonised in the next 10 years, they could be hydrogen buses,” he continued.

“The UK Government announced 4,000 zero emission buses, but at the moment the plan is to make 3,500 of them battery-electric buses.

“A hydrogen bus takes seven minutes to fill up and does the same distance as the diesel bus.

“What are the implications of that? If we were to decarbonise all the buses in the UK by making them battery-electric, you’re going to need 40% more buses than you’ve got on the roads today.

“Then when you start adding in trucks and ferries and anything that’s big and heavy, you start seeing operational issues – a ferry is going to take you half a day to charge up.

“The other thing is we don’t make batteries here in the UK. China’s done a good job on that; they have 73% of the market share in the world of batteries.

“We’ve got three bus manufacturers in the UK who make hydrogen buses and if those 4,000 buses were all hydrogen, well you’ve got a great demand there and we could make even more hydrogen production at the power station.

“You get the volume and you get the cost base. For me it’s a no brainer but I spent my life in the factory, I’m just a civil servant.”

For Bamford, getting to zero emissions shouldn’t be “sexy or exciting”, it should just be a “matter of course” and match the same human behaviours we have today.

“I want a vehicle that does what it says on the tin, operates in the same manner as the one I’ve got today, it costs the same and it’s green,” he told H2 View.

“Hydrogen operates in the same manner. It doesn’t quite cost the same yet, but it fills up in five minutes, it does the same distance.

“If I can get it to cost the same and you can go to every filling station and fill up in the same manner, would you take a green car? Yeah, you would.

“So [getting to zero emissions] shouldn’t be sexy or clever or anything else, it should just be a matter of course. And that’s what I think the thing about hydrogen is, it’s the one that most replicates our human behaviours.

“I mean batteries, just all phaf of the change and everything else and I’ve got to stop for half an hour to charge the thing up and we’ll plug it in overnight. I mean, their great cool pieces of engineering, but it’s just a phaf.”