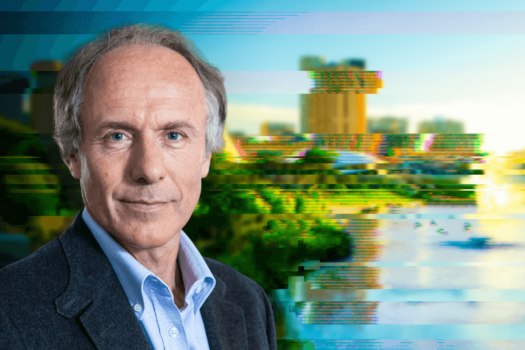 Dr. Alan Finkel has been on quite the hydrogen journey over the past decade. As he describes it himself: “From sceptic to agnostic, to believer, to evangelist.”

Serving as Australia’s chief scientist from 2016-2020, and now as Special Adviser to the Australian Government on Low Emission Technology, Finkel played a pivotal role in developing the country’s National Hydrogen Strategy. But he wasn’t always the hydrogen evangelist he is today.

Finkel was working for a battery-electric car charging company 10 years ago when hydrogen was raised as a potential mobile energy store for electric cars. Working as an engineer, Finkel and his colleagues did a calculation aiming to prove the benefits of battery storage; at the time he was sceptical about hydrogen.

“We were naturally territorial about the space we occupied. I was one of the engineers who analysed it purely from the point of view of range per initial kilowatt-hour of renewable electricity, either used to directly charge a battery, or to produce hydrogen,” he told H2 View.