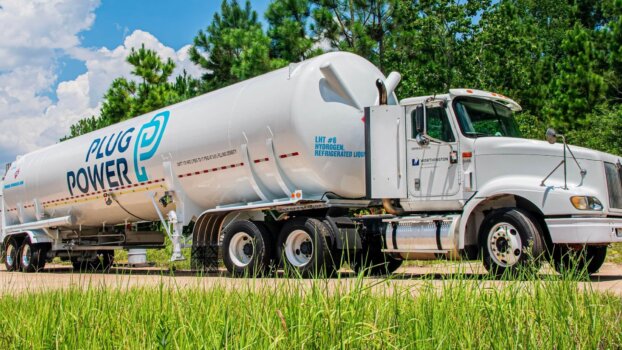 Fuel for thought: How Plug Power found a viable solution for hydrogen fuel cells in forklifts

Whilst you might initially be surprised to learn that US fuel cell specialist Plug Power is the largest consumer of liquid hydrogen in the world, once you understand the company’s journey and offering, it’s not actually surprising at all.

Headquartered in New York, Plug has deployed more than 45,000 fuel cells in material handling applications across the globe and built more hydrogen refuelling stations than any other company in the world. Plug’s customers use 40 tons of liquid hydrogen every day. And it’s in this the material handling market which Plug says its hydrogen and fuel cell systems offer the most attractive business cases based on productivity and operational savings.

But it hasn’t always been this way. Founded in 1997, for the first decade of the company’s life, Plug struggled to find a market suited to its technology. It had six different experimental market activities going on, with three different fuel cell technology sets. When CEO Andy Marsh took over the leadership of the company in 2008, he surveyed Plug’s product portfolio and set the wheels in motion for the transition to the company as it is today.

“Plug has not been an overnight success; it’s been a 25 year-long journey. When I joined Plug, we were a research and development (R&D) company, we were not making commercial products. Very quickly, I realised the company needed a market that made sense commercially and offered our customers real value,” Marsh explained to H2 View.