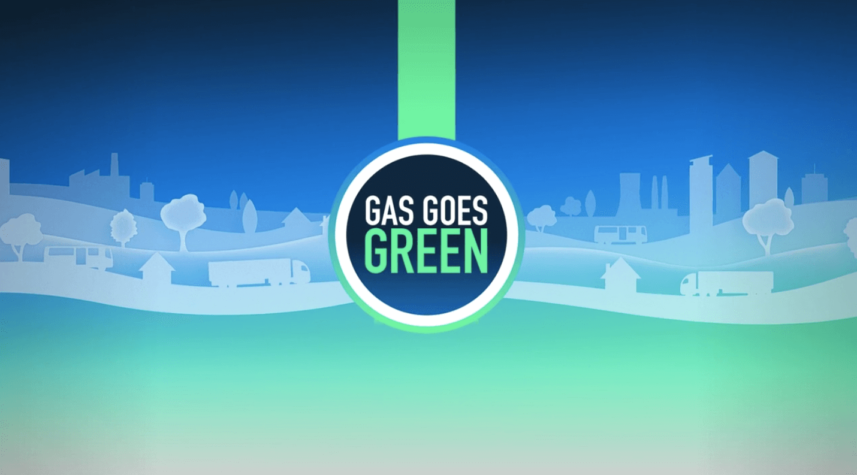 The UK’s five gas network operators unveiled a plan in April to create the world’s first net zero gas network by speeding up the switch from natural gas to hydrogen for the 85% of UK households connected to the gas grid.

In its first phase, the Gas Goes Green programme will:

“There’s a huge opportunity here for the UK to lead the world based on our extensive gas grid and the fact that we are significant gas users. Over 85% of Britain’s homes use gas as their main heating source,” Matt Hindle, Head of Gas at ENA, told H2 View in May.

We caught up with him again earlier this month for an update on the plans.

H2 View (H2V): We last spoke in May about the Gas Goes Green project. Where’s the project at now?

Matt Hindle (MH): When we’d have spoken in May, the project had just been launched. Over the last eight months or so, we’ve really established Gas Goes Green as one of the key industry programmes that’s driving the pathway to net zero.

Gas Goes Green is all about setting the vision for the role of decarbonised gases in the net zero energy system, and then coordinating the activity that the gas networks are undertaking to deliver that pathway.

Where we are now? We’ve not only been delivering the project, but we’ve also been thinking a lot about the future of the next few years. The networks have just had the publication of the RIIO2 price control determinations from Ofgem , which are really going to set the next five, six years of activity.

Gas Goes Green will coordinate our plans to deliver through the early 2020s under the RIIO-2 framework and to meet the government’s ambitions for hydrogen, which we’ve seen set out in the 10-point plan.

H2V: What would you say then have been the key milestones from the past eight months?

MH: We’ve released a lot under the programme. I think key highlights for Gas Goes Green have been the publication of new evidence on the role decarbonized gasses can play. We had the zero-carbon commitment and cost consumer research back at the start of the summer, we’ve produced other research pieces in relation to emissions reductions from mains replacement programme, for example.

We’ve been doing a lot of industry engagement around the programme. We’ve run a series of webinars, we’ve got an advisory group now really well established with participants from government and regulators around the industry.

We’ve established an entry connections forum, which is all about supporting both existing biomethane producers and hydrogen producers in the future, in connecting to the networks, recognising the network role in helping to develop the markets for green gas producers.

And then across the kind of gas network programme of activity, we’ve had really important milestones in the last week or so with the funding announcements on two of the key projects that are part of our connected pathway. First, SGN’s H100 project in Fife, which will be taking green hydrogen into 300 homes in Fife, and also the National Grid Future Grid research programme. This is all about hydrogen in the higher pressure parts of the network, but also demonstrating the integrated approach which Gas Goes Green is all about: the research facility will be at Spadeadam and integrated with the distribution network research facility, which is already there. Through that we will get the end-to-end view of what a national hydrogen network can look like.

H2V: What are the next steps for the project? Looking to 2021, where will the focus be for Gas Goes Green?

MH: For us it’s all about moving into delivery. This has always been a programme which is about delivering in the short term, as well as thinking about the long term of what the system’s going to look like.

In 2021, we’ll be working on our view of the plan to deliver hydrogen networks, including thinking about some of the short-term opportunities.

We’re going to be looking in depth at some of the key areas of the pathway, so looking in more depth at the role of green gases and transport, looking at different parts of the country and where we might see particular approaches. We’ve got a project underway on the pathway in Scotland, for example, to get into a lot more detail about the opportunities there.

But I think more broadly, we’ll be thinking about what’s been set out by the government’s 10-point plan and how we deliver on the hydrogen commitments there, and the real implications and opportunities for the networks there in supporting the delivery of the hydrogen trials and heating.

The Government’s 10 Point Plan set out the ambition to build on what’s been announced with H100 in Fife, to build towards a hydrogen town by the end of the decade. It has also set the challenge to deliver hydrogen blending from 2023, so we’re making sure that we’re in a position to integrate blended hydrogen into the networks.

H2V: We’ve seen a lots of big hydrogen developments this year not only in Europe, but also in the UK, with the 10-point plan and the Climate Change Committee report. If we start with the 10-point plan, which you’ve just mentioned, how is this going to help the Gas Goes Green project? Or vice versa?

MH: We’re developing our views on delivery but we think there’s really important role for the gas networks to play, as we’re already seeing through the H100 project, in delivering those trials through the through the 2020s.

There’s no single solution that works for everyone, but we think hydrogen has a huge role which will come out in that trialing and piloting programmes through the 2020s. So, we want to build on what we’re doing with H100 to deliver that, and we think there’s a real opportunity as well to join up the delivery with the work that we’re doing around hydrogen for industry and hydrogen for transport.

H2V: To move onto the Climate Change Committee’s report released earlier this month. In that report it states that gas boilers, which heat 85% of UK homes, should only be sold from 2025 if they are able to burn hydrogen and sales should be banned entirely by 2033. How is that development going to help the Gas Goes Green project and vice versa?

MH: We fully support the mandating of hydrogen ready boilers from 2025 at the latest. We think that’s a very sensible move to make that transition from natural gas to hydrogen easier, so we can fully support that recommendation.

Then in the longer term, we think the evidence that will develop through the hydrogen trialing process can then help to support the sort of strategic decisions that we’ll need to see around decarbonisation of heating.

That really emphasizes the importance of making that short-term progress, particularly around the trials, so that the longer term decisions can be as well informed as possible.

Finally, we’ve only just touched on hydrogen blending and that I think is really important area for us in the next few years, given the other commitments alongside the trials in the 10-point Plan.

We’ve got the HyDeploy project underway at the moment, moving to HyDeploy 2, which will trial in a similar way, but on a public part of the network. That’s a really important part of the journey, particularly thinking about how we’re going to support production and what we might see in terms of government policy around business models for producers and development of industrial clusters in it next year.

That’s something we’ll be focusing on too, making sure we’re supporting the hydrogen production market as it as it develops.