Gas plays an enormous role in the UK energy system. It heats our homes, cooks our food and helps create the electricity that we use every day.

But the UK’s the use of gas is also responsible for 35% of the country’s total greenhouse gas emissions, meaning decarbonisation is essential if the UK is to meet its current ambitious climate target of net zero emissions by 2050.

Decarbonising it will be a major undertaking necessitating changes to the UK gas network on a scale not experienced since gas first arrived in homes more than 60 years ago.

The UK’s five gas network operators have set themselves the ambitious challenge of delivering the changes needed to move the country’s network of 284,000km of gas pipelines away from methane-based natural gas to a zero carbon alternative.

Led by the Energy Networks Association (ENA), the major programme, dubbed Gas Goes Green, will ensure the country’s gas network infrastructure is ready for households and businesses to switch to a new generation of hydrogen-ready boilers.

“There’s a huge opportunity here for the UK to lead the world based on our extensive gas grid and the fact that we are significant gas users. Over 85% of Britain’s homes use gas as their main heating source,” Matt Hindle, Head of Gas at ENA, told H2 View.

In its first phase, the Gas Goes Green programme will: 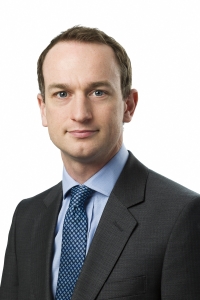 In an exclusive interview, H2 View caught up with Hindle (pictured left) on the phone to find out more about the role hydrogen will play, what a realistic timeframe is for the project and what the next steps for Gas Goes Green are.

Matt, thanks for giving us your time. Gas Goes Green was unveiled a couple of weeks ago. What kind of reaction have you had to the plans?

It’s been very positive around the industry since we launched it. We’ve had a lot of interest from stakeholders upstream and downstream at the networks themselves, and lots of interest from people with energy policy interest in general.

We have our first industry group meeting for the project meeting in mid-May and we already have over 60 organisations registered for that event. We’re really pleased with the prominence and excitement there is about the programme.

The plans certainly sound exciting. Could you break them down for us and tell us what Gas Goes Green is aiming to achieve?

The Gas Goes Green programme is the gas network’s plan to achieve a net zero gas grid. Clearly as the gas networks we are very mindful of the fact that we have a central role in the energy system at the moment, but that we will need to change what we’re doing and what gases we are transporting in order to provide for the consumers of the future in a net zero world.

Gas Goes Green builds on the existing projects that we have and have already been undertaking and developing innovative technology to carry gases, such as hydrogen, ensuring that they can be safely delivered.

What we are signalling with the launch of Gas Goes Green is the desire to take that collaboration a step further and to really set out that we have a plan and want to deliver conversion our assets to deliver a net zero gas grid. It’s a real symbol of commitment and ambition from the network operators.

We will be working with the partners to the networks and potential producers of gases like hydrogen, as well as the developers of appliances, to make sure that we have the most efficient, most deliverable plan to convert our networks to carry low carbon gases, and deliver that net zero infrastructure.

How does hydrogen fit into all of this then…

Hydrogen is completely central to the Gas Goes Green vision. We have a range of underpinning activity and research partly based on the work that the networks individually have been undertaking, but also based on the Pathways to Net Zero research that we published in Autumn 2019.

That research paper looked at what role the gas grid could play in delivering net zero. We have a very, very significant role for hydrogen in the system there. We had well over 200 terrawatt hours of hydrogen being delivered to end users in that report and scenario – and that’s hydrogen being used for existing gas network customers and for new customers as well.

We think network infrastructure converted to carry hydrogen is a really central part of the future energy system as that report showed and as our vision sets out.

I think the other thing I’d say in terms of the role of hydrogen in all of this, is we need to think about it as local as much as national. We need to think about the opportunities for decarbonised industrial clusters using hydrogen as real kind of engines and centres of green growth. There are massive opportunities, as you and your readers will be aware, in the North West, Teesside, Aberdeen, in South Wales, and those sorts of areas where industrial hydrogen can play a massive role in the future.

So would you say hydrogen is playing an essential role here? Is decarbonisation of the gas grid possible without it?

Hydrogen is crucial to efficient decarbonisation and meeting net zero in the most efficiently disruptive way.

We can achieve some decarbonisation through biogases, particularly biomethane from anaerobic digestion as is on the networks at the moment, but to reach the volumes of demand that we expect in a net zero world, we can’t do that without hydrogen.

Why do we need to decarbonise the gas grid?

Fundamentally because the gas grid is a massive energy carrier and provides inherent storage for energy as well, so it’s central to our energy system, to heating homes, to industries that use gas.

The UK has roughly 23 million homes connected to the grid. What’s a realistic timeframe here to convert them to green gas?

We believe that the plans set out in Gas Goes Green are deliverable by 2050, in order to reach net zero, and we believe they are the most efficient, least disruptive, least risky way to reach that goal.

Under any scenario of how we deliver net zero, you’re going to need to convert 23 million homes away from the natural gas fuel that they use today.

So whether you believe that’s going to be dominated by electrified sources of heating, gaseous heating or something else entirely, that challenge is common to any view of the future.

We believe that what Gas Goes Green sets out for a very significant proportion of those houses is the least disruptive, the most cost effective way forward, and the way that’s going to work best for people’s needs.

There are early steps that we can take like legislating for hydrogen-ready boilers that will help ease it along that pathway. We believe the networks are ready to deliver the infrastructure that Gas Goes Green sets out and that we can work with the upstream producers and the manufacturers of appliances to deliver this comprehensive vision.

Do you see other countries following the UK’s lead on this?

Countries are going to take decisions based on their energy systems and their needs, but we see as mass worldwide market for hydrogen, for all sorts of different parts of the energy systems.

We also think there’s a huge opportunity here for the UK to lead the world based on our extensive gas grid and the fact that we are significant gas users – over 85% of homes use gas as their main heating source.

That gives us a real opportunity to build the technology and expertise for our conversion and for building our hydrogen economy, which we can then use to lead the world and use to build export markets going forward.

Is there an organic or holistic way of decarbonising and transforming the gas grid, which will make this more manageable and seamless for the grid

Building our conversion into “business as usual” for the networks will be really key. The gas networks are halfway through a 30-year programme replacing our old iron mains with plastic piping, which is for maintenance and safety reasons. That offers the opportunity to carry gases including hydrogen through those pipes in the future.

We are already building that resilience into our grids at the moment within the current price control period which started in 2013. Over 17,000km of distribution pipe have been replaced just in the first five years of this price control.

We’ll be setting out through the Gas Goes Green programme how network business plans can continue to deliver and build on that progress through the 2020s.

Do you see any challenges with these plans?

Technologically we believe that we can overcome all the challenges. We have a comprehensive programme as Gas Goes Green sets out to look at the options for the network and how we deliver safely and securely.

Fundamentally we as gas transporters, the networks, will only undertake activity which is safe and we are guided by the principle that we need to be as least as safe as the gas network is today.

The biggest enablers need to be around the policy and regulatory support for the programme. We need key government decisions on how we achieve net zero on the energy transition.

The energy white paper expected this year will be a really important milestone setting out how government sees those decisions being taken. We also need a comprehensive heat and building strategy for heat which puts hydrogen right at its centre and uses the massive asset that we have in the gas grid to deliver that decarbonisation in the most efficient and lowest cost way possible.

What are the next steps for Gas Goes Green?

The next step really is to bring together the leading experts from the networks and beyond to help us to deliver this.

We have an engagement event in mid-May and we will be making sure we are working not just with the networks themselves, but also with biogas producers, hydrogen producers and the end markets – the appliance developers, transport sector – to make sure this plan is comprehensive and deliverable as possible.

We’re starting work already on the early outputs that we’ve set out in the programme document. Those include our comprehensive hydrogen transformation plan, which draws on all of that existing work that should help set out clearly what we are doing and how we think we can deliver this transition going forward.

Read more: Exclusive: Worcester Bosch wants only hydrogen-ready boilers on the market by 2025