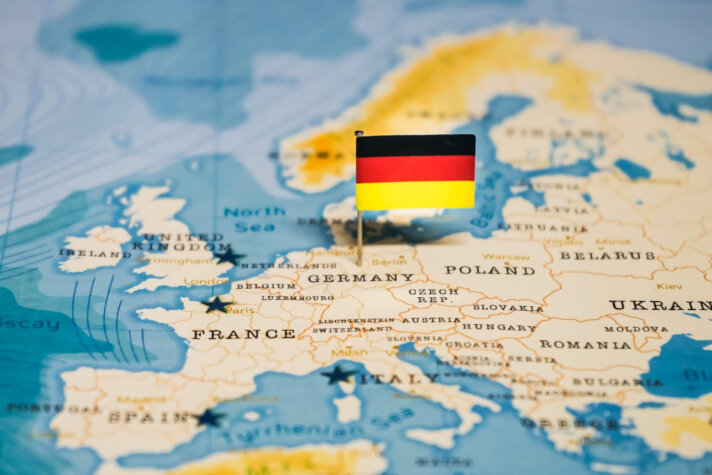 The German National Hydrogen Council has given the federal government an action plan, for 2021 to 2025, containing 80 proposals for the next legislative period to ramp up the hydrogen economy.

The second section summarises the discussion on the expected ramp-up of the hydrogen economy by 2030 with it separated by demand, volume, and necessary infrastructure.

The third part derives definitive recommendations for action, prioritised according to urgency, fir the effective implementation of the National Hydrogen Strategy.

This will support a hydrogen ramp-up across the entire value chain including storage and transportation to applications.

Read more: Germany and Chile to establish a Hydrogen Taskforce

The action plan contains 80 separate measures and proposals for consideration and have been prioritised in terms of term.

The first on the list is the availability of green hydrogen, followed by the recording of the carbon footprint of the gases used in industrial processes through the introduction of uniform guarantees of origin.

Within the transportation sector, the National Hydrogen Council members have identified the need for short-term action within the next two years.

In addition to standardisation aspects and questions of the EU’s regulatory framework, the main issues include the development of a Europe-wide filling station infrastructure as well as the state-supported development of a supplier industry.

Katherina Reiche, Chairperson of the National Hydrogen Council, said, “Hydrogen is the cornerstone for the decarbonisation of applications that cannot be converted to green electricity in a technically or economically viable manner.

“Only through a consistent ramp-up of the hydrogen economy will it be possible to reduce greenhouse gas emissions comprehensively and efficiently. We see the action plan as a blueprint for a government programme on hydrogen following the Bundestag elections in September.

“From our point of view, the implementation of these measures is indispensable if we are to be able to achieve the climate targets, which have once again been intensified.”

You can read the document here.

Emerging hydrogen value chains in Germany: An interview with LBST 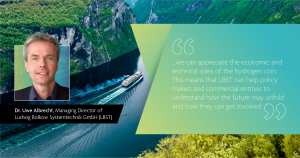 In German language, hydrogen is called ‘Wasserstoff’. As a literal translation to English, we could say ‘material of water’, a term that’s particularly timely given the large number of water electrolysis projects underway in Germany at present.

Against this backdrop, H2 View met up with Dr. Uwe Albrecht, Managing Director of Ludwig Bölkow Systemtechnik GmbH (LBST), to discuss how the hydrogen economy is developing in Germany and how his organisation is helping to shape the future.

Private and public sector organisations rely on us to advise on a range of topics, including aspects of policy and strategy related to the emerging hydrogen economy. The questions from private companies are often about how to build business models that fit in the emerging hydrogen value chains.