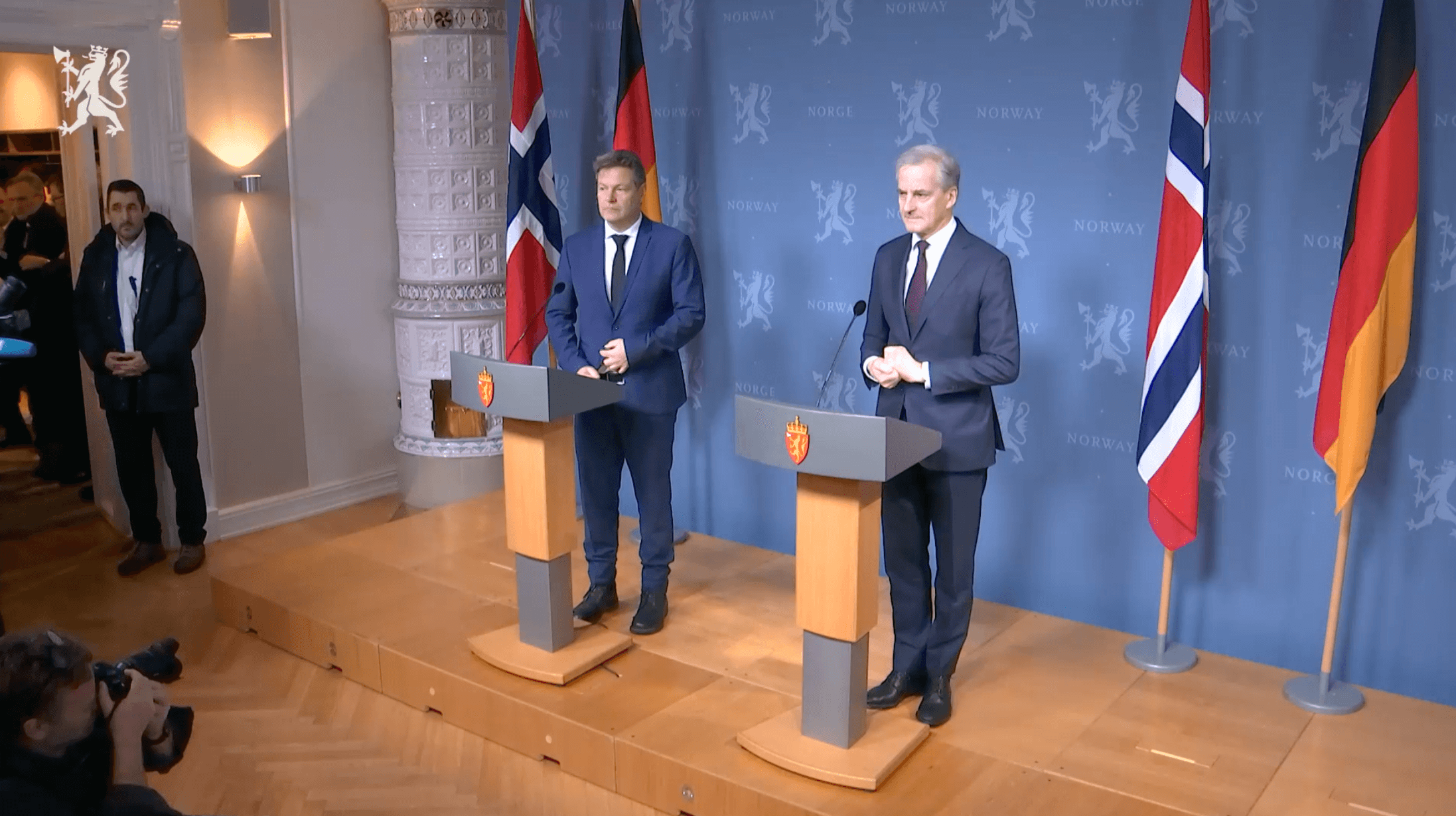 Germany and Norway have today (January 5) agreed to further strengthen their partnership on hydrogen, with intentions of establishing a large-scale pipeline between the two countries.

Prime Minister Støre noted that hydrogen is of “special importance” in the Europe’s energy transition, and to Germany. Støre added, “We are issuing today a joint statement to accelerate the development of a functioning hydrogen market and value chain.”

The countries have confirmed intent to ensure large-scale supply of hydrogen with the necessary infrastructure from Norway to Germany by 2030, with plans to explore the technical and economic feasibility of required solutions, including a large-scale hydrogen pipeline.

Under the bolstered commitments, the two countries have commissioned a joint feasibility study to assess the transport of hydrogen from Norway to Germany, and carbon dioxide transportation from Germany to Norway.

H2 View understands the feasibility study for such pipeline will be undertaken by Gassco and DENA, as well as a number of industrial partners, with results from the study expected to be presented in the spring of 2023.

Equinor and RWE in 2020 were named as new partners of the NortH2 project which set out to produce green hydrogen from offshore wind off the coast of the Netherlands.

The countries have said, “In order to realise the fastest possible high-volumes of hydrogen with zero or low-emissions, we jointly plan to use hydrogen produced from natural gas with carbon capture and storage for a transition period.”

In the press conference, the Norwegian Prime Minister stressed, “Our climate obligations are total. And our commitment is total. This is one important way of reaching those objectives. Europe has a major undertaking to green its economy and to reduce its reliance on Russian gas, and Norway will be part of that undertaking in the spirit of solidarity.”

German Vice-Chancellor Habeck, added, “We are in need of climate neutral molecules. With Norway’s history in oil and gas, we can bring a supply of hydrogen from Norway to Germany. And this is only one step in a new industrial growth situation.”