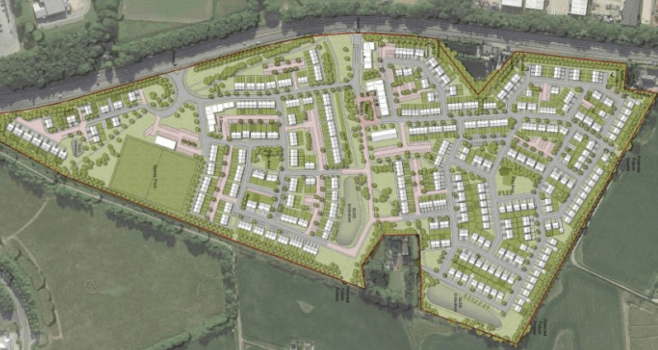 In a first for Scotland, plans for hydrogen-powered homes on the outskirts of Aberdeen have been approved by councillors.

The proposals by Cognito Oak – a partnership between Henry Boot Developments and Wraith Real Estate – have been recommended for approval by councillors in Aberdeen, subject to conditions.

H2 View first revealed the Aberdeen Hydrogen First project in July 2019. Locate at Cloverhill, Bridge of Don, the project will incorporate micro-CHP fuel cell technology into 30 homes as part of a pilot scheme, which will test the performance of the fuel cells in residential use.

A supporting statement lodged with the planning application said, “Cloverhill’s Aberdeen Hydrogen First initiative will act as a pilot scheme for a technology that is focused on encouraging low carbon output.”

“Hydrogen power is not only important to tackle the ever-increasing threat of climate change, but it also provides an opportunity for Aberdeen to lead the way in diversifying its economic specialisms and transition to alternative fuel sources.”

H2 View also revealed in January that the developers had secured a commitment from Panasonic to trial the fuel cells.