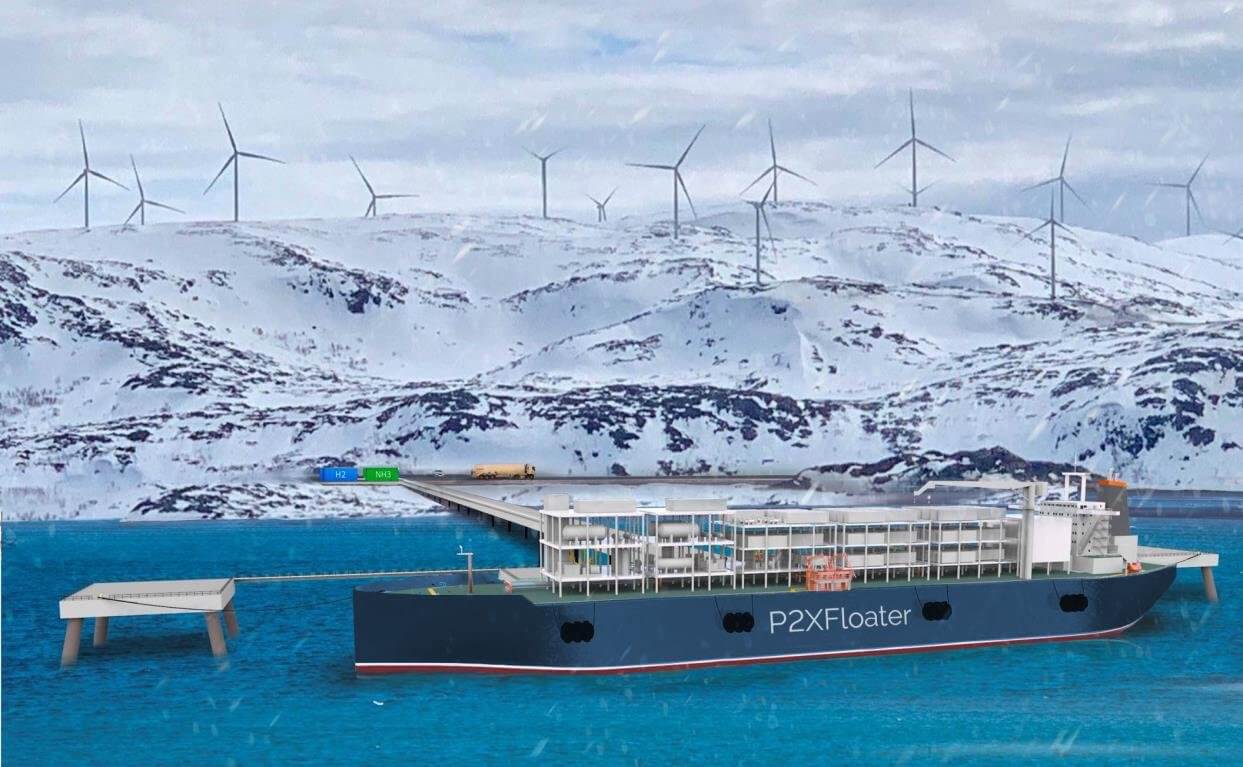 Designer of a floating hydrogen and ammonia production vessel H2Carrier has today (January 25) been announced at the lasted member of the Ocean Hyway Cluster (OHC).

Launched in 2019, the OHC set out to lead the charge on developing a Norwegian national network for hydrogen-based solutions in the maritime sector.

Earlier this month (January 2023), H2Carrier announced it had signed a Letter of Intent (LOI) with Anori to develop 1.5GW of renewable energy in Greenland to supply power to the floating production vessel.

Furthermore, the company signed a Memorandum of Understanding (MoU) with Larsen & Tourbo with intentions for the Indian multinational to fabricate topside operations of the P2XFloater vessels.

Sebastian Kihle, Chief Technology Officer at H2Carrier explained that by joining the OHC, the company hopes to benefit from project support as well as looking for potential partners.

Kihle explained, “We became a part of the cluster to get more involved in the Ocean Hyway Cluster’s activities and to receive more information about what is happening within the hydrogen sector. Additionally, we want to utilise the membership benefits such as project support and introduction to potential partners.”

At H2 View, we know just how much hydrogen news there is to keep on top of. That’s exactly why we’ve launched a brand new daily newsletter that will send you the top five stories every day, straight to your inbox.

Don’t forget we also have our weekly newsletter which includes a round-up of the past seven days’ hydrogen highlights, including not only news but also interviews, features and analysis.